Children do NOT keep you young!!

“Children keep you young” is quite possibly the biggest lie told to parents in the history of parenthood. Right up there with thinking you'd love Disneyland all over again.

First, the facts. Carrying a child, sucks out all of your nutrients, leeches your gums, ruins your breasts, mottles your once-lovely skin tone and adds a layer of fat to your stomach that simply will never go away unless, of course, you go the surgical route.

On a mental health level, there is the constant moment to moment worry regarding their well-being, speed drives to the hospital, sleep deprivation, hair-pulling over the smallest of an incident, “She seems so quiet today. There must be something wrong!”, or “why is she crying so much, she never cries! It must be a rare disease!" Then, all the restraint one must muster as to not lose every friend they have by screaming continuous anxiety and stress … stress which in fact ages every part of you.

Was this ridiculous quote for the parents that thought: Oh YAY a whoopee cushion; what a blast! or I get to go to Six Flags again, YAY or, another opportunity to visit the Ecoli infested Water Park, or perhaps the constant trips to the smelly beach where I can no longer wear my bathing suit, and carry four bags of kid stuff (sunscreen, shovel, extra clothes, barbies, etc.)

Can someone tell me where the fun is in that??

I hated all of those places as a childless person. And as time goes on, there is the homework you end up doing so your child stands a chance to get into a better school, so then you have to endure elementary school all over again. What a fucking blast. Then the god-awful helicopter school parents you are forced to interact with.

For example, Dina, “So far I have racked up 25 hours of community service, serve hot lunches and have recently become a room parent! Plus I am on the volunteer committee to collect “donations”.

I knew there was a reason I hated her.

“How are you participating?” she inquires.

The parents at the school have never liked me, which is fine. It’s a forced situation, people I would not deal with in the real world. But then this: “You do realize these people become your social life.”

I really thought this woman was insane. Sadly so. I had plenty of friends, by my choice. Then:

“Yunno, all I ever wanted in this life is this, my kids in a great school and a new Volvo,” she adds wistfully.

I never spoke to her again. In fact, I was aging by the minute just standing next to her.

Then this from some scientist talking to the BBC:

Regular sex "can take years off your looks." This made some sense to me. If it meant I was able to nap afterward.

“Couples who have sex at least three times a week look more than ten years younger than the average adult who makes love twice a week,” claims consultant neuro-psychologist Dr. David Weeks, who has made a 10-year study of the subject. But then he blew it. 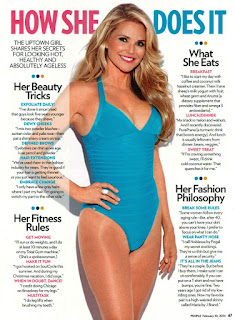 This insanely photoshopped picture of Christie Brinkley, not to mention her wealth that would include daily trainers, chefs, helpers, surgeons, dermatologists, drivers, nannies, whatever she needs, debunks his entire theory. Because even without all the help, any mother could look like that with the right filters. In fact, I look better. Also, her article doesn't even mention sex. Not once.

Yet he continues on with his fantasy.

"Pleasure derived from sex is a crucial factor in preserving youth. It makes us happy and produces chemicals telling us so."

Who knows whether or not Christie Brinkley engages in any kind of sex. And she sure as hell isn't having it with you.


Dr. Weeks said these sex-happy couples make more of an effort to keep themselves in good shape for their partners and will also benefit from the physical and emotional effects of .... sex.  This guy is too much.

"There are physiological factors too," continues Dr. Weeks.

"Sex is the most intense kind of pleasure and that triggers certain chemicals. In women, it produces a human growth hormone which helps the process. Regular sex with the SAME partner came only second to physical and mental activity as the factors most important to retaining youth."

But he doesn't say what the first one was!


This guy Weeks was really starting to piss me off. I had a feeling he wasn’t getting any!  Then I found this. Hi! It's Bob's your Uncle Dr. Weeks. 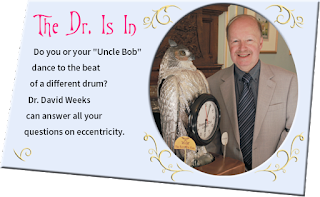 What is with the owl clock?  Okay, I'll spare you the rest of his nonsense, even though I read the entire article. Then this: "Casual sex, or sex outside your marriage, will bring DETRIMENTAL things to staying youthful. In fact, you'll age faster." OMG!

So what this comes down to is Dr. Weeks is a perverted, misogynistic, right-wing prude. He just told me to go have more sex. But it can't be casual? A one-off? An affair? That's the best kind! Forget this guy. I will stick to my own routines.

I have some news for Dr. Weeks. Here is a young woman before kids. 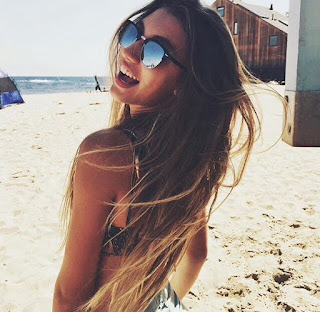 Then she married her college sweetheart and three kids later: 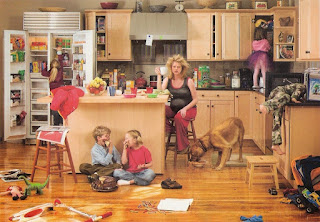 This is a popular meme because it's true!


So, I really wish people, and by that I mean, PARENTS, and men like Dr. Weeks, would stop saying, “Aren’t kids wonderful? They keep you so young.”

I typically respond, “Why, are you having a lot of sex? An affair perhaps? Chugging the HGH?”

When a newish mom makes this comment, and she still looks pretty good, I try not to roll my eyes; but instead nod politely, “Oh yes, they have taken years off. I’m actually 112. It’s magical.”