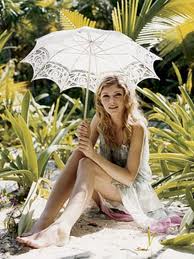 At a five star hotel, there was a film shoot in progress. Sitting under an umbrella and wrapped lace, Alec Baldwin came over and asked if I would be in his shoot.

He was short one super model and I would be perfect. I glanced at the women standing on the beach in their string bikinis, all glammed up. I’m nobody so this couldn’t be a punked thing.

“You are gorgeous,” he says. Let’s move” 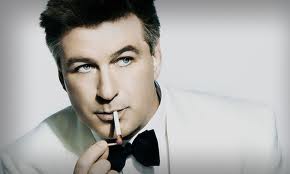 His eyes carried me to the sand where I stood along the line of 21-year old models, standing out like an infested oak tree.  But hey, I'm the one on the right. A bad case of misperception. 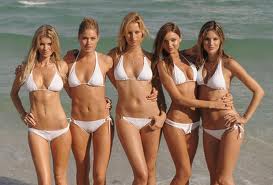 Alec is shouting out of a large, white cone.

“When I say RUN, head toward the water. Okay. Action. And RUN!” We all took off; feet burning by the hot sand, yet the girls are running gracefully, like gazelles.

“Why are we going so fast?” Then I hear gun shots. “That’s why…” but they were now way ahead of me. I took a bullet in the back and fell flat on my face.  This is me just before taking the bullet.

I hear: “Baby, let me adjust this again, make sure it’s tight. Now we twist is around…” 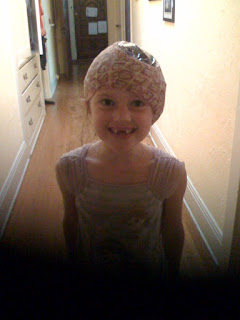 My husband’s voice. He runs a commentary on his every move. He was adjusting Thing One’s nit cap, during which he woke me up and burst my bubble. Yes, it was a dream, but godamn it I got out of the house!

“YOU popped my bubble! I’m trapped for life. Why do you have to talk all the time? I hate your voice! Just adjust it. Jesus!” I am now sobbing. Inconsolably.

“It was a perfect dream! I never have them. I only have nightmares. You are such an ass hole! No, you are the anti-christ!”

The husband whisks Thing One out of the room. I am hysterical.

“Anything is better than this!” I sobbed.

I never tell dreams in stories because I never read them. I skip over them and get to the point. Hence the opening.

I want to go back to Alec, to see the wound. He thought I was a supermodel! Who cares if I was killed?

I can't seem to stop my ranting. "I'd rather be dead with Alec Baldwin than alive with you!"

The night before we all tucked in, we did a nit treatment; all of our heads were covered in olive oil, caps and scarves. There was an outbreak at school. I never had nits or lice as a kid, or if I did, my mother ignored it. She probably figured they would die in the Michigan cold. Who knows?

Earlier that day, I had to make this call according to school rules.

“Hi parent mom whom I never talk to, but your daughter told E she has lice. You should know that.”

This mother is French. “Impossibeeel. There is way no.” This went on and on until she saw a bug in her kid’s hair.

“OH, this is catastrophic!” Here come the tears.

I have worked with the French over 15 years and everything is catastrophic. What I might consider a drag, to them it’s catastrophic. For example, “Well, they want more on the back-end on this movie.” “Oh, that is catastrophic!” Really? I grew to like the word and now use it regularly.

“There is jam on the table. That is catastrophic!”  "Oh my god! There is a smudge on my new jeans! This is a catastrophy!"

Back to the French mom.

“Oui, oui,” I tell her. “Douse her hair in olive oil then go on line.” She kept talking as I hung up.

When did I turn into litttle Edith Bouvier? I do love her. We think a lot a like and oddly, my backyard, due to gardeners never showing and tree droppings every where, it has a concrete feel to it. I bet she had nits. 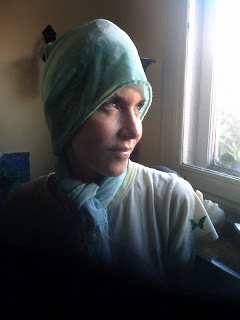 After exhausting myself twirling around, I went back to bed, hubby slept god knows where, maybe on the kitchen floor. Closing my eyes, I envision that hotel, the models, the blood, then wonder if nits are in fact catastrophic.  The next morning this magazine was on the mail stand. 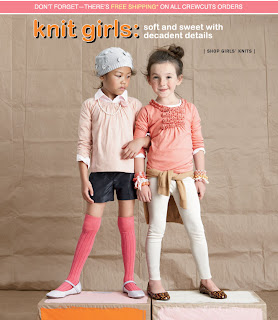 They have no idea what is coming.
Posted by Rhonda Talbot at 1:45 PM