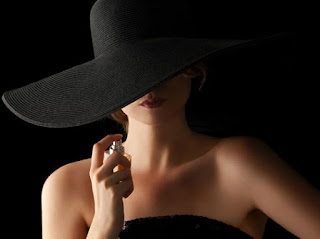 I have more secrets than confidantes which can prove to be troublesome. Actually that’s not true, but I liked the sentence. Maybe if I had more secrets, I would have more confidants.  Now here, there is a twist, because my entire life people tell me their secrets, making me their confidante;  more on that later.

A secret, whatever the hell that means anymore, if it’s a true one shouldn’t be revealed anyway or what exactly is the point? Unless you are paying hard earned money to stay relevant, ala, Britney Spears, Lindsey Lohan, Charlie Sheen, any number of celebrities that came forward with their "secrets" with the sole purpose of maintaining a career.

Then of course those who overshare for press; there are too many, but say Michael Douglas telling the world "Thank god for Viagra!" or Ashlee Simpson, "Sorry but I have no time to talk. I need to go fornicate with my husband!" Like she knows what that big word means. 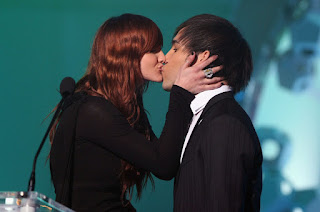 For me personally, I reveal what I want to reveal. I have no burning need to share anything. And when I do “share” something that could be construed as a secret, chances are it’s not even true anyway.

To this day, people think I  shoved a remote control up the behind of a studio executive because I wrote it in a script. So, does that make it true?

We have all heard the over used cliche,  you are only sick as your secrets,  but I already know I’m a bit of a loon so, why broadcast. If someone hasn’t caught on, say after one lunch, then there is something seriously wrong with them.

If I started blabbing about my true life, so I wouldn’t be “sick”, not only could this be detrimental to my livelihood, family, etc, it would most likely get me shipped off to a nut house, where I would then be labeled as “sick”. 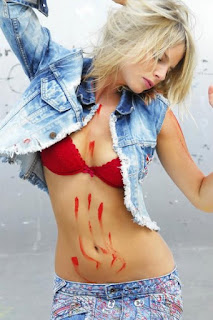 Then here comes the ring of shame,  sharing our inner most secrets, and  we have come full circle.

But again, I make shit up. “I didn’t actually think my entire house would go up when I lit the curtains on fire; nor did I think I would have group sex with those firemen.  But with all that smoke, and haze, and just the sheer quantity of those thick, rubber hoses can  really confuse a gal." 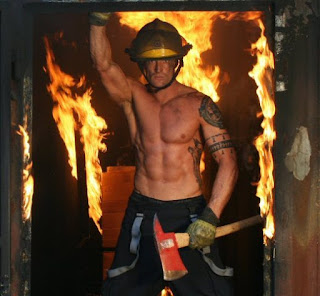 If there is something I want to keep to myself, I do, and it’s nobody’s business. Half the time my husband doesn’t know what I am doing. In fact, he doesn’t even know where I am right now.

“Going to Ralphs again tonight? Aren’t they closed by now?” or “So Karen is still suicidal? It must be after 11.”

“You can’t put a time on suicide prevention,” I explain as I fly out the door.
We refer to my late night outings as “suspicious road trips.”

Other secrets, though I still don’t think it’s a real secret is when, say an animal from our home suddenly disappears.

“What happened to the lizards, mom?”
“Hmm… not sure. Weren’t they in the cages this morning? Weird.”

Or , “What happened to the Parakeets?”  Now here I was fully at blame. For some reason I thought birds in a cage fended for themselves. The cage gives that impression, what with all those bowls of food, water dispensers, exercise levers, sitting areas. 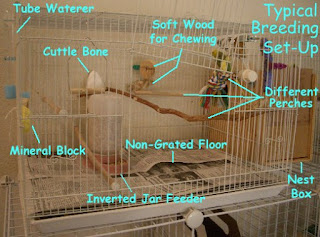 Recently, I got up and noticed that the Daisy Parakeet was lying on her side.

“Look Audrey. How cute. Daisy is still sleeping. And it's past noon!”
“Mom! The bird is dead!” She stomped off in tears. She is the rational twin.

We did a proper burial in a shoe box, under the diseased elm tree, and in doing so, Daisy’s boyfriend flew out of the cage and into the unknown.  I had to explain,

“Well at least he is free to find a new mate.” They stared at me. I leaned toward them.


“Let’s not tell dad about the birds just yet.  It might upset him.”  To emphasize my point, 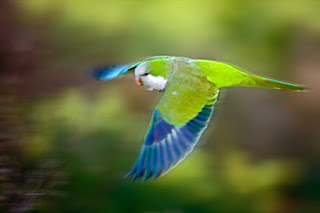 “They shouldn’t be in cages anyway. They have wings for Cripes sake!” (^The one that got away^)

Twin Eve is more like me. She smiles and takes my hand, satisfied with my explanation, but is quietly plotting some sort of clever revenge against me.

Audrey scowled and narrowed her eyes. She is not at all like me. She knew I killed both birds and that I was full of shit. She had every intention of telling on me, which she did, so THAT could have been a secret, I suppose.

Bigger secrets, like when I disappear for a day or two, I typically tell my friends we are on a mini vacation. But inevitably they call the landline repeatedly until my husband picks up. Hmm, my girlfriends contemplate; she went off on her own.

Later the calls come:  “Where did you go? Are you having an affair! Is it someone we know? Can you reveal penis size?”  They are practically foaming at the mouth. This is where I usually lie.  “Can you keep a secret?”
“Of course.  How could you even ask that?”  Such liars.
“Viggo.”
They gasp. “OMG!! SPILL!”
“I can’t, I promised him to keep it secret. He’s married!!” 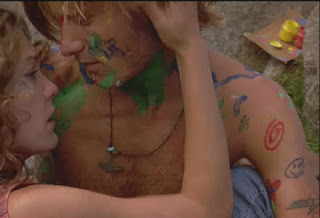 I have no problem taking secrets to the grave. Who cares?  They certainly  don’t haunt me or keep me up at night fretting, or send me to a confessional.

“Hello priest that smells like death. I have no secrets. I don’t believe in punishment, I refuse to kneel and pretty much have forgotten those mind-numbing prayers I learned in elementary school.  I did however, use some holy water coming in to dab my neck because it is blistering hot out there and I also lifted a few candles because they smell good.” 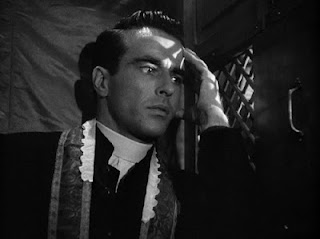 I suppose the one person I would tell a secret to, something I simply could not contain, would be my mother, because she understands and is drunk most of the time.  She certainly has a pile of her own, most of which I don’t know.  When in college:

“Rhonda, if the FBI calls you, just hang up.”  They did and I did. To this day I have no idea what she did. Nor do I care. I mean, I unintentionally robbed a couple banks when I was 14, so, whatever.

“Or, Rhonda, Richard chased me down Sausalito Blvd and nearly choked me to death. And he’s a psychologist!”

“Or,  it wasn’t your fault that boy died on the trampoline!  You need to let that go.” Again, I have no idea what the hell she is talking about, though there was a trampoline incident in high school, but it was a girl, who fell on her own accord and later claimed she lost her ovaries.” 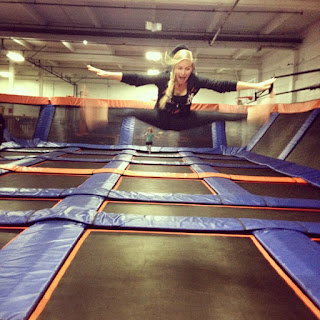 But in a way, it doesn’t matter because I find mother so entertaining. So if I told her I slashed the tires of an obnoxious driver, she would respond, “Good for you. I raised you well. You got rid of all the evidence, right?”

My mom has lately cut way back on the drinking, works out, looks great, has a BLOOOOG and 2 P.H.D.’s; so she now insists I call her Dr Judy. Otherwise she hangs up on me.

“Dr Judy I’m getting a divorce.”
“Again! Would you fucking file already!”
We have this conversation once a month.
“But he’s handy around the house, good with the girls and isn’t afraid of wasps.”
Here, we usually sigh in unison.
“Or mom, I am a terrible mother. Henry turned out great, but the girls, I just don’t have the energy. On top of planting stupid tomatoes, they want me to teach them to crochette!  A doesn’t even like me, tells me I mortify her and E is a kleptomaniac that punches boys in the stomach.”

“Oh, their just girls. Yes, I had five. I was a shitty mother too. In fact, you are the only one that still talks to me. Not that I favored you, but the rest of them are all kinds of fucked up.”

“Look, just put in what’s his faces food. I tried to kill your father so many times I lost count; glass in his oatmeal, Ajax in his rice pudding, but he would just keep shitting it out.  But there is new stuff now. So many poisons I wish I could go back in time. I’ve been doing extensive research. The world’s deadliest mushroom, known as the death cap, grows right there in Malibu!” 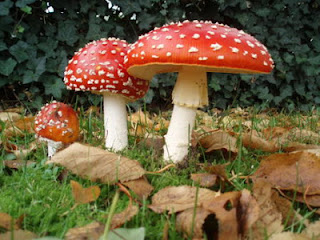 Mom started telling me her secrets when I was eight.

“Don’t tell anyone! But we are leaving your idiot father in two days while he is at work and finally get out from under his tyranny.”

Or “Rhonda, don’t tell anyone but I've been sleeping with Father John, you know the cute priest with that long, luscious hair that plays bluesy guitar during mass?”  I thought he was cute too, certainly more handsome and interesting than my father, so again, why would I tell anyone? 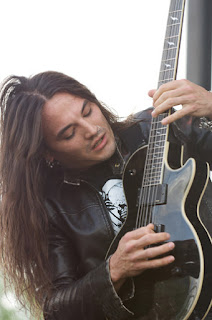 So over the years; hordes of people, friends, strangers, party clowns,  have confessed their secrets to me, trusted me on some gut level. And I would never disclose. And anyway, I typically would not only forget the BIG SECRET, but the person that told me as well. Usually by the end of the day. I know it’s radically important to them, so I provide a kind of service.

In my own life, which is a kind of open book, by that I mean I’m a writer so the blood spilled carries the so called secrets on their own little journey, I really have no reason to have an Oprah moment.

But what I find so wild is people take my writing like it actually happened; which might explain why so many folks cross the street when they see me coming.

I find this odd failure to recognize, forget appreciate, any kind of artistic license not only incredulous, but hilarious.

And maybe that is my biggest secret.