How Madonna changed my life.... 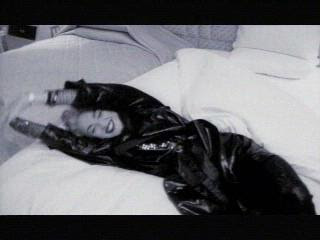 When I was in Junior High; Madonna had a last name. In fact Madonna was not at all an unusual name. Very Catholic; we had lots of Hopes, Charity's, Faith's, and tons of Mary’s. 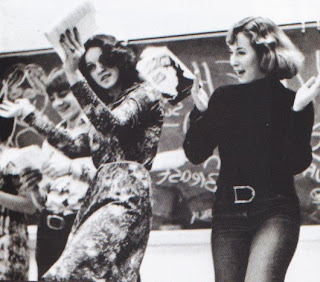 Then she got further into the whole dance thing. Everybody was jealous of her lovely figure.

“Everybody get in a straight line. Don’t you know what formation is! Try to stay even and keep your arms up in a ballet pose, first position. Like this.” Then she demonstrated, on point, though she was wearing flat ballet slippers.”


I had taken ballet classes for five years, until I turned 10 and my life fell to shit when my parents divorced and things like ballet class, music classes or even dentists appointments were no longer deemed important. I was good and we were cute. 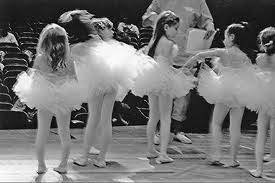 I had a hard time remembering all the steps. But this girl Madonna was determined to make us her dance troupe. She was from a neighboring high school and I didn’t know she was going to be at Moiras that afternoon.

Moira was one of my 8th grade ceramics pals who also had a great passion for musical theater. Though I was not in the theater class, I had girlfriends in every sector and quad. I could easily blend with the freaks who did drugs, the geeks who paid attention in class and did work study and the musical theater kids, thus with Moira. I never hung out with the jocks, too big a stretch. But musical theater was a good place to smoke pot because it was usually empty.

She was a  little thing, all muscle tone, curly red hair and bright eyes.

Okay... not her.. but she too had her name and picture on all the walls with hearts and stars and butterflies.


I don’t know why she took to me, but sometimes that would happen in Junior High. Some random girl would just kind of adopt me. Like a pet. Everyone knew I was edging somewhere near poverty, from a broken home and had a mother who worked for Hugh Hefner. I guess they thought that was cool, different. Their lives were safe, predictable. I was always a project. But I didn’t care. Their homes become my homes and where I would eat, borrow their clothes; and attempt normalcy.

I thought Moira was kind of well, dumb, but her enthusiasm was so huge it engulfed me, thus I overlooked her vacuous nature. She was certain she would be a Broadway star, her biggest ambition was to play Cassie in Chorus Line. I didn’t know what that was, but I admired that she had a goal.

I loved going to her house because it was colossal and clean and everybody had their own bedroom. She had a little brother who was always taking apart toasters and telling lame fart jokes.

They also had a “dance room” with mirrors and ballet barre and that’s where we were. 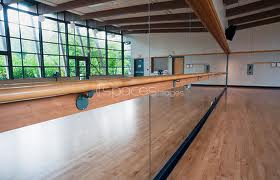 There were five of us including the special guest from a neighboring High School, Madonna. Though a few years older, she commanded authority like a parent might; a strict parent. Something I wasn't at all used to. She was the most serious 14-year old girl I had met, with a brand new leotard and smooth tights, clean and expensive ballet shoes. Her hair was dark and braided and she spoke in a deliberate  and intelligent manner. I immediately liked her, most likely because a part of me secretly wished I had a parent.

“You? Do you have anything else to wear except those raggy jeans? Are you even in musical theater?” 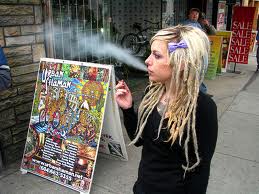 I suppose I did stand out. My clothes were kind of raggy, as was my unkempt hair and scuffed shoes. However, I had come to eat, maybe get high, so this was all kind of a shock. Whenever Moira invited me over, we typically smoked pot then raided the fridge. The richer kids always had well-stocked refrigerators, cheeses from around the world, like Tillamook, (I know… it’s from Oregon, but back then I thought maybe Holland,) endless cans of Pepsi, whole cooked chickens, and dishes of chocolate kisses decorated every table.

Exasperated, Madonna pulled an extra pair of ballet shoes from her fringe bag and tossed them me.

“I can see in your plie you have some level of technique and right now I need body count. You seem to be the only one in this kooky line up that can dance."

I didn’t know a tondue from a fondue, but I did remember the four basic positions or my legs seemed to remember.

“Everyone get in a line and just follow me,” she ordered.

Though Madonna stood in front of us, she made sure she was staring at herself in front of the mirror. 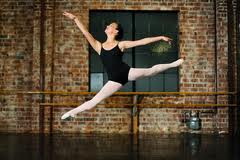 “Now, girls, don’t look in the mirror. Only I can do that. You need to do this without a mirror or you’ll never make Broadway.” Yet, she never took her eyes of herself. But either could I.

I was so glad I had actually taken a few hits off a joint before coming because knowing I never in my life would be on Broadway, I could at least enjoy the petrified looks on the other girls faces with a certain level of bemusement.

School was my refuge and I needed to do well or bye-bye to any kind of future.

“Just do EXACTLY what I do. But don’t try to be ME!”  She was adorable, this little thing. That’s when I got the giggles.

I could no long try and be serious and pretend there was an imaginary string on the top of my head, pulling me up towards the ceiling; so I fell out of ramrod puppet position and slumped back to normal.
She gave me a stern look. Honestly, I thought she might jete over and punch me in the face. I  tried to no avail in swallowing the giggles, so I thought about how my new puppy my mom had recently brought home out of guilt and I how I loved it and how it was killed the very next day by a fast driver. I held the new puppy for a total of three hours before it was just, gone. The memory worked. I wasn’t exactly crying but I had stopped laughing.

As we continued on through some basic steps to Madonna’s count… and 1, 2, 3, and 1, 2, 3…I couldn’t stop staring at her. I could see her back and front and because of her skimpy outfit, every inch of her anatomy. And it was perfect. No fat, just well defined muscles that seemed to have their own life going on, in every move she made. Then she had perfect boobs, a pretty face too! I started to get depressed and I guess is showed.

“Rhonda, you’re sagging! Please stand up straight! I need you to set a good example." She gave me a look, one of pleading and compassion. She wanted me to help her. And I couldn't let her down. Then walked toward me.

Here it comes. My black eye. I held firm but was twitching inside, wasps building a nest in my stomach. We were face to face. Her eyes were huge blue oceans. Sparkling. Piercing. She tapped her perfect toe. She smelled like Jungle Gardenia perfume.

She sighed, then: “I'm not this mean person." No one else heard this. It was private. She only wanted me to know. 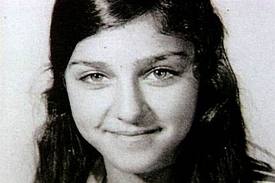 With that she began doing pirouettes across the floor, ending in perfect spins to the music Bolero. She picked up the pace to the cords of the music. A dervish. An actual whirling dervish. Wild, spinning, sweating, no stopping.

As she jeted and leapt from one side of the room to another we girls whispered.

After she worked up quite a sweat, she glanced at her Mod watch.

“Shoot. I have to run. I have another dance meet. A real one.  Moira, how could you do this to me?”

Moira wilted in despair.
Madonna shoved her belongings into that giant fringe bag, looked sauntered toward me to retrieve her slippers.

"You are really good," I tell her.

“That is commitment, Rhonda."

I handed her the slippers but made a mental note to look up the word commitment.

“I really only came for the pot.”
“Of all these dancers, you’ve got soul.” She whispered this, and held tight my sweaty hand. We shared a knowing look, like, I know you aren’t a dancer, but I can tell you understand tragedy. Then she bolted out the door. The other girls were all staring, lovesick, envious, wishing they could dance like her, command a room. I shared none of their jealousy and headed for the kitchen for some potato chips, full of admiration and determined to become committed to something. Anything.

I continue to watch, to see what she will do next and where she will go. Her commitment to her own form of excellence has never wavered. A rare thing indeed. But the girl I will always remember is the one that commanded a room full of teenagers twice her size.


Posted by Rhonda Talbot at 10:54 PM No comments: Links to this post