From Breaking Bad to Cracking Corn

My birthdays are never typically. And never planned; or I should say if there was a “said” plan it goes awry so what is the point.

To start things off this year, I had the great pleasure of meeting one of the most talented actors working today and who also stars on my favorite show Breaking Bad. Genius level talent- check, charming- check, incredibly kind and gracious-check, handsome-check. I could go on but I might come off looking odd. Oh wait. I forgot, someone told me I crossed that line years ago. 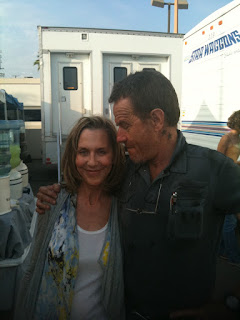 I actually never miss an episode of the only TV show I watch, but was about to ask him if he wanted to go shuck some corn. However, time was moving and I had to dash back to my “real” life.
My real life resembles nothing short of complete chaos, negotiating with 7-year old twins, keeping the house in some kind of livable order, and forget the shopping, food prep, laundry, keeping my basil plants alive….even writing this wants me to run back to fantasy land.


So, being Halloween and such, the Things favorite “holiday” because no one actually dies and let’s face it, it’s nothing but sugar, looking at fat Turkeys and getting as muddy as possible, I think we hit the jack pot when it comes to pumpkin patches. Though, I have been to my fair share, honestly, despite dreading the long horrid drive into regions around L.A. I don’t even know what to call, the place was magically. The Things have been here before with their dad, so knew their way around the way I know my way around, let’s say Barney’s. Not that I shop there, but I know where everything is, the best sales people on a first name basis and have access to the secret bathrooms meant for celebrities . In fact, Barney’s invites me to celebrity trunk shows. I try all sorts of glamorous attire on, and everyone in the room inevitable asks my favorite sales guy “who is that girl?” And he typically responds, “She’s a VIP.” (No one except me know sthis means, Very Important Parent.)

At this magical pumpkin patch, there are two mazes, one kind of lame that is basically constructed from straw squares, (my kids ran around the top just to terrify the babies) and then there is the corn maze. The corn stands 15 feet high, the maze is bigger than my house and without a machete I wasn’t going in. But they did.
“Mom, we got this. You can just meet us on the other side.” Like I knew where that was. It was shaped like prison!

So they dash off whacking the corn out of their way, knew every single angle, stepped over the kids who fell or were lost and made it to the “other side” just as I arrived. 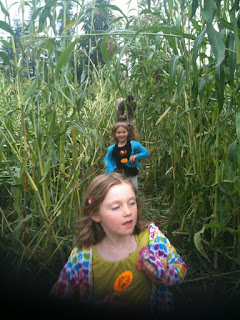 As a parent of course I was proud; but not sure because they could work their way through what looked like something out M. Night Shyamalan movie or because there were so many older kids left in their husky dust.
After their , they treated themselves to a wheel barrel overflowing with pumpkins, gourds snake-shaped squash, though it’s possible they were just snakes; then fed the one pathetic turkey kept inside a wire cage that honestly was as big as a wild boar, catapulted pumpkins off of a medieval looking launcher where back in the day heads might go flying, capping off the afternoon by shoving their mouths with food so coated in fat it would be misleading to call it food.


My favorite part of this adventure was this remarkable garden that had been there for over a hundred years and thus, a history lesson for my girls which they really appreciated. 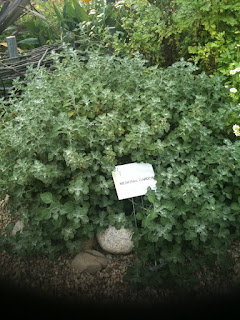 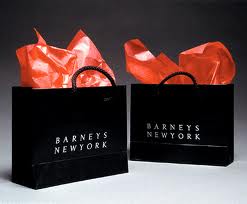 Upon our return I took off as a friend (who actually does shop at Barneys) wanted to gift me, and had just gotten back in town from Paris. So while dad and the Things were cracking pumpkins and shucking corn, Lynn and I were cracking up ourselves because, both exhausted, we shared a Red Bull (neither of us had ever had one.) Honestly, the coffee shop we were in could have gone ablaze and we would have laughed. I was trying to explain my brief encounter with Bryan Cranston (she does not watch TV) and of course, all she had to say was, “Okay, did you eat some of that pleasure plant cause I’m having a hard time sharing your excitement.” Then she gave me a beautifully wrapped present from Barneys.