I've by now heard all this silly controversy over Amy Chau's book Tiger Mom, or whatever it's called.  I happened to be at Yale for a book signing so thought I would go meet this woman.  I was wearing one of my typical but awesome outfits; straight tight jeans, a very hard to find, but perfect fitting white T, high, black boots, and a black leather jacket. 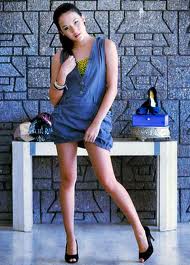 After the hellos, she bitch slapped me! Apparently I wasn't dressed accordingly. She herself dresses like an 18 year old...


Tiger: "I heard some of your reading. So, you have a sense of humor. Big flippin' deal. You have kids?"

I thought this might be trick question and my face was still sore, but hey, I'm a trooper. And she's a skinny little bitch. I could take her down in 4 seconds.

"Actually, I do. My son goes to Carnegie Mellon and I have seven-year-old twins. Gifted girls they are."

"But can they play Little White Donkey?"

"Are you joking. Try Beethoven! Are you trying to insult me? And the other one paints better than Renoir, Cezanne and Xiaogang!"

She was shuffling papers, turning ashen.  "Do you make them practice 8 hours with no food, water or bathroom privileges? Do you whip them? Burn their stuffies? I assume they don't have any friends or electrical devices. Well except cattle prods." 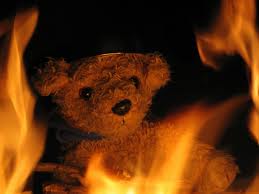 "Actually, what is so weird is I don't really pay that much attention to them.  I mean, we play, shop, laugh. Sometimes we are in are p.j's all weekend with gaggles of their gal pals. And more than once I let them stay home from school because I didn't feel like driving and they didn't fell like going."

Amy straightened up, a bell went off somewhere in her head.  "Oh, I get it. You call them garbage! Dirty, filthy trashy pigs!"

I grabbed her by the shoulders.  "I know your father abused you and humiliated you. I totally get it. My dad called me Porkface, despite the fact I am thin. But when my kids were born I gave them actual names. And I pretty much stick to it."

She ran to her huge desk drawer and with lightening speed pulled out an inscribed deerhorn knife, a makhaira, nun chucks and oddly a pair of sharp scissors.

"I'm an expert in Baguazhung!" she yelled, holding up the makhaira. 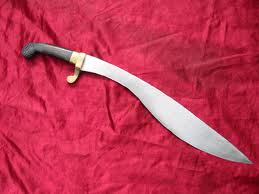 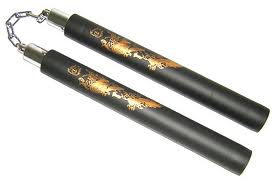 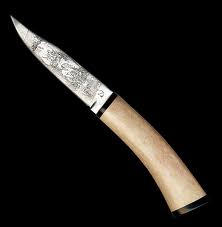 "Oh yeah... well step a little closer if you want to plunge your fancy weapons into me."

She moved toward me and I quickly threw her down and into a Full Nelson. I removed all the weaponry and tossed them toward her antique Chinese chest of drawers. A beautiful piece of but it made no practical sense since each drawer was the size of a ring box. What goes in there? Maybe those mini-tampons.

"Uncle? What kind of Chinese person are you?"

I got off of her and we both stood up, then sat in poofy chairs from Crate and Barrel. Amy sighed.

"Can I let you in on a little Chinese secret?"
"Go ahead."
"I exaggerated a lot in the book so it would become a best seller, I needed the 800 grand and I would get my tenure, and further books deals and even more money. And it worked. The truth is I have never flogged my kids or tore up Mothers Day cards or stuck them with hat pins... because I have no kids. Those girls are actresses I hired, which is why I keep them out of the public eye because they can never remember their lines."

"That is worth a flogging right there."


She started to sob.  "I mean I did have a baby girl once after a one night stand, but Chinese baby girls are not acceptable in my culture and I tried really hard to make her look like a boy, dressed in her in blue bonnets, blue onesies, but before she was six weeks old came and took her away then tossed her in a gutter.

She broke down and I held her until my expensive T-shirt was wet.

"But memoirs sell and I waited until Oprah was retiring her show." Still sobbing.

"That was .  Listen, Amy I am truly sorry about what happened. I can't even imagine and I guess now it's too late, at 48. But you just keep being your bad self and maybe I will give you mine."

This made her feel better.

"By the way, I tried to play that fucking donkey song for four years and never got it right, so the book isn't completely false. Musical talent skipped a generation in my family."

Then she was back to business.  "Okay, you must go, we never met and what was said will never be repeated, otherwise I will have to slap you again."

"Amy, you did a  good thing. Nothing wrong with a little controversy especially when so many kids lie in bed all day. Until they are 29. Even 50!" 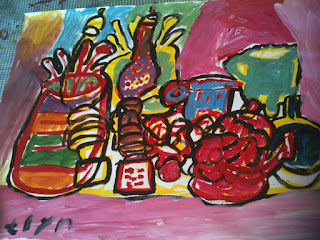 "Before you go, can I see pictures of your girls?"  And I whipped out my ... which also has pictures of the artwork. Amy smiled.  "They are adorable and quite talented."

"I'm pretty sure it's because they follow their own little hearts, have lots of social interaction, sleep-overs and eat chocolate."

Pretty soon Bringing Up Bebe comes along, which I also have ideas about, given I've spent a lot of time in France. Next up, New Zealand Mothers Kangaroo Style.

Posted by Rhonda Talbot at 1:18 PM 2 comments: Links to this post