Whenever I have had an "office" romance, which is actually never, since I work at home, I certainly would not go blabbing about it, expect to my best girl friend who will take any secrets to her grave, mostly because she forgets them. I do the same for her.

This woman below: I don't know if it's because she works in a drug company (they always have samples lying about) or she is just really dumb. 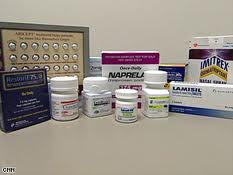 Among other things, she had sex with him at at various motels and HIS house while his wife was under cancer treatment. Nice. She says that, of course, upon learning of the cancer, she wanted to end affair, but the man would have none of that, so she continued. Well, that was easy. "I will have none of that now lay down woman!" 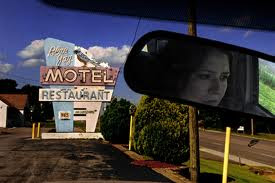 She goes on to blame him for EVERYTHING as though she herself was an outside observer to her own actions. Again, this could have been the pharm samples at work...who knows.

Her husband grew suspicious, probably the day she came home and her pants were on backwards, and she confessed, so he beat "the shit out of me," and was arrested. 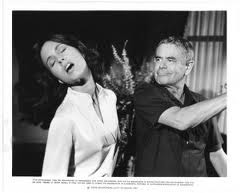 Now with husband out of the way, she comes to her senses and tries to cut off ties with her lover. But he will have none of that. So,per this victim, he starts harassing her on a daily basis at work. Despite her crying to HR, who don't care, she is THEN assigned to his territory, which I guess means, riding the same elevators at hospitals and sharing the same lunch room.

Given her MASS EMAIL confession, she truly believes HR and the company should protect her from her lover. They will have none of that. So, I ask myself, why not take your righteous self and quit, dumb ass.

Given NO ONE showed sympathy for her, despite the cry-for-help email and all the Mea culpas (the man is now apparently back helping his cancer-riddled wife)she has also lost her family,home, etc... her universal confession is really just a plea for a Lifetime TV movie deal. If her lover is done giving her cheap bracelets, maybe they will throw 10 grand at her for the movie rights.

I quite enjoy these inter-office affairs as I've witnessed tons, and none of them have worked out. The men always go home to their wives. There was one exception (when I did work in an office) the big boss hit on all the girls...I would have none of that, nor would most of the actual women who were over say 23. So he hit on my assistant! She was 21, from Iowa and I'm certain had never read a book. Quite honestly, I hired her just to protect her from the evils of Hollywood. She was beautiful and vapid, ripe for the picking.

Nonetheless, big boss swooped in (25 years her senior) they marry. I went to the damn wedding and then lost my assistant. She confessed to me a few months later that he wanted to pay for the cosmetic surgery she needed, and she handed me a list.

These are before and after... 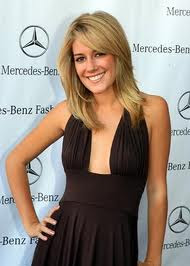 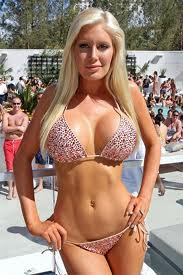 It's a shame Heidi hadn't come to me for an assistant job. If there is one thing I pride myself on, it's this: teaching young girls they are lovely and to stay away from magazine racks.

In any case, I told my ex-assistant to take the next flight home: big boss did not love her, despite the 3 carat diamond on her finger. A few months later, she did, they annulled. She moved back to Iowa, and I'm sure her parents were overjoyed. I have never heard from her again. The email is below and it's priceless..

It has been a very difficult time in my professional and personal life. I am writing this note to speak the truth, clear my conscious and hopefully some action will finally come from Forest HR. I was off of work for several months and this was directly related to an affair that I had with a co-worker **. I was a Specialty Representative and he was a Sales Representative in my ** territory. I confess that ** and I both acted unethical and completely took advantage of our spouses and the freedom in which this job provides. This affair always took place during work, and lasted over a year. We took advantage of the company by performing unethical acts such as ** obtaining his own room at POA meetings so that we could continue our sexual affair. In addition, he would talk me into obtaining hotel rooms when I would have dinner programs in places such as ** and we would meet during work to continue our deception. Additionally, we would meet at his house while his wife was working to continue our sexual affair.

I finally realized how low and unethical ** was when his wife was diagnosed with cancer. She was going through treatment and he still wanted to continue the affair. I no longer wanted to be part of this as the guilt was overwhelming. I also felt that there was no limit to his deception as he lied so easily and frequently. This is also apparent with his unethical sales practices that I admit I became a part of at one time. At one point my husband became suspicious and ** called my husband to meet in person. ** deception had no boundary as he told my husband in person that there was nothing going on and even called his wife to talk to my husband. Once I confessed to my husband, my husband beat ** up and got in trouble with the law.

This affair was the worst decision in my life. This horrible mistake has cost me my family, house and possibly my career. I have tried to move on however, I was continued to be harassed by **. I have informed HR about the harassment and even stepped down from my Specialty spot so I no longer would have to be exposed to this situation. HR has totally dropped the ball in terms of protecting me. I have made several calls to HR to report this and nothing has been done. Now the company has realigned the territories put us under the same manager. This now puts us in direct contact and I will have to be part of his team during the upcoming launch meeting. I admitted that I have made horrible mistakes and that I was wrong for what I did. But once I said no and no longer want to be involved with him that should be it. I should no longer have to be exposed to further advances and comments. I believe that the company has no followed through on its promise to protect me even though I have done my part and stepped down.

I've been neglecting my website/blog because am trying to edit my book, but sometimes you just have to step away from that monster.

Weird day: so I have this great idea for a TV show (I have ideas constantly, they come at 3am or on the treadmill) anyway, when they stick, I pay attention....this is not to be confused with my web series I am creating, too fun. The book, while humorous, is,well, bulky and serious. The web series is just a kick in pantaloons.

So the TV thing, run it by a few people, everyone loves it... funny, timely, whacky yet real characters, fresh, etc. I run it by a couple managers and agents, who really only want to know if they can sell it. I don't tell them the idea, just want to know what the terrain is like out there...one tells me, NO single camera comedies, which leaves half hour laugh tracks, (can't do that--material doesn't even support it unless all of a sudden there would be people, say in Yellowstone Park in one episode laughing their asses off.) The other says, single camera is good now, but I need to know idea. Well, I've been around too long.. and frankly this particular person is really only out for himself and I don't exactly want the thing floating out there.... then of course PODS...these are producers who have studio deals...who would walk it in... actually the best bet. So I will sit on it. It could also be a feature... but I am so over committed, we'll see.

BOOK REVIEW WITHOUT READING THE BOOK

THEN someone sends me an email with this bit from a book written by an actual wicked ex-step mother, but remains a wicked Cruella DeVille all the same, and is quite proud of that. She really gives new meaning to the word phony, because though I have met a ton, she eclipses. Even in Hollywood. Yeah, I know.

At one time she abused my son for hmm... five years...verbally, emotionally, called him names, told him basically he was a loser, a piece of crap, a pain in the ass, he was 4. Now that he is older he has told me the real story, I knew bits and pieces and did everything I could to get this hag out of his life... finally succeeded. 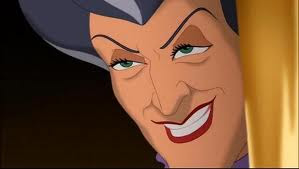 But her goal in life is to be famous,no matter what it is..like so many of these reality people. Then out of that she someone got a book deal, which is hilarious because she is completely uneducated, unread and probably just blabs to someone typing anyway. But so be it... I never read it, never will... but a friend just couldn't stop herself from sending, a friend who witnessed this adult bully terrorize a child.

Here is the paragraph "When I'm short in compassion (me: she never had any) I like to LITERALLY imagine myself as the MOTHER TO ALL BEINGS (gag) and to behave as if everything from a seal(??) to a charming baby (I guess an un-charming baby wouldn't make the bosom cut)to a mass murderer came through ME!

(Manson's actual mother>>>>the writer does not look like this) 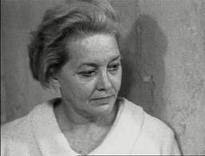 Okay... I can see how she could birth a mass murderer, but WTF is she talking about... clearly has some bizarre god complex... I can picture her with Charles Manson having a fireside chat, petting seals and ignoring the crying babies. 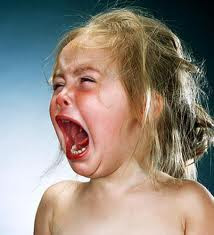 Apparently in this book which did not get reviewed which says a lot right there, she refers to her MOTHER GURU, apparently some deity or person she consults and ice skates with.

She plays some kind of bully role on Dr. Phil, which is hilarious in itself and berates young girls who have dreams basically. By the time anyone becomes over 18, they leave her wheelhouse for obvious reasons.

Years ago she put a hit out on me, like Al Capone, to get rid of any interaction (this would happen when you share custody of a child,) then left the threat on my machine. As said, not too bright this person.

I've long forgotten about her, she dug her own grave, and because she has no permanent self, she has deemed herself the meanest person alive. Right up there with Gadaffi. Which is in complete contradiction to these "self-help" books which purport to help young people with a loving hand. Say what?? She could care less. 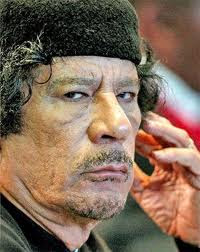 My friend also sent me a paragraph of this person rambling on about how we live in a sue-happy culture. But she has threatened to sue me so many times, we lost track. Maybe she will give it another go.
Posted by Rhonda Talbot at 8:52 PM No comments: Links to this post