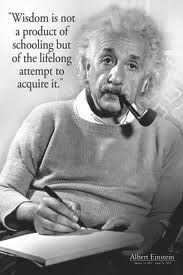 When I was eight-years-old, my young mother handed me a slip of paper with an Einstein quote, “He who joyfully marches to music rank and file, has already earned by contempt. He has been given a large brain by mistake, since for him the spinal cord would surely suffice.”

Why she gave this to me and not her other five children remains unclear. Perhaps she saw in me my disillusionment with the rat a tat, airless echo of school, the Catholic Church, the Sunday roast dinners, our predicable life.

I had been punished a number of times for staring out the school window day-dreaming, maybe about stink bugs, who knows? Then thwack goes the ruler, held by a tightfisted, chalky nun, who sent me off to kneel on the concrete hallway floor for two hours. I would later go home and draw pictures of nuns being kidnapped, held in dark closets being starved to death, begging for mercy, often choking on their own wimples. I hid the stories under my bed, accompanying the other stacks, all stories concerning some level of inequality.

It was during this time, music and freedom were calling my mother to another place, another life, one where she wouldn’t be a “wife,” a more hopeful existence. She was a “hippy” to my father’s buttoned- up businessman.

By the early 70's, she had had enough. My mother did not have many heroes, as they were fleeting and then dead; Malcolm X, Martin Luther King, the Kennedy's, she herself became disillusioned.

But there was something about Einstein that settled into her very core, then mine.

A few days later she confided in me. “We are leaving. Tell no one, your sisters won’t understand. Thor (my father) will be at work and return to an empty house, to compliment his empty existence.”

Then: “Imagination is more important than knowledge.” She added, “Don’t forget that. Ever.”

Thus began my own obsession with Einstein. I tucked these quotes into my grandmother’s jewelry box she had given me just prior to her death. 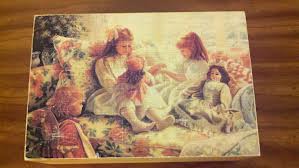 Legions of people remain enamored by this brilliant man, Albert Einstein, not just for what he discovered, accomplished and how he radically changed the world, but because of his childlike innocence, his unlimited curiosity, his great humility, and a legacy of words that continue to endure.

He was a rascal, those wild eyes, the mop of hair, his crumpled clothes, the rumors of his flirtatious encounters. This made him real for the rest of us. He has permeated our culture from the Three Stooges to the bobble heads in the film Night at the Museum.

When you ask a complete stranger to define genius, they often replay casually, “Oh, Einstein.”

I began to collect quotes and read about him in libraries, his humour brought me tremendous comfort. He wasn’t some impervious man one couldn’t access. Quite the opposite. He didn’t believe in separating himself from others and in fact, loved sharing his ideas, while helping others expand on their own. He was approachable. Both alive and dead.

To this day, I keep a tip sheet of quotes tacked up near my computer, and read one every day. It really doesn’t matter which one, as I come away with yet another interpretation. 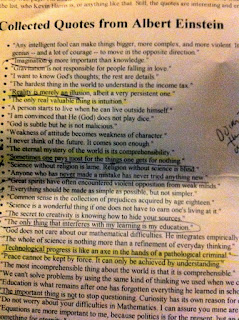 Born with a kind of eternal intelligence, his curiosity about all “things” began to emerge at age four. While examining his father’s pocket compass, Einstein was baffled. What was causing the needle to move? The empty space made no sense to him so he began to build models and mechanical devices. He wanted answers.  All that empty space!

Why Einstein? Among so many brilliant minds, he continues to inspire. What of DaVinci, Tesla, Newton, Hawking, Aristotle, Edison, Cervantes. The list goes on. They too share not just powerful minds, but an endless pursuit through curiosity and instinct. They knew knowledge was important, had to be learned, but could only get them so far. The rest is mystery.

My belief is Einstein embodies the mystery. He thought through images and sensations. Something we can all understand. His quotes alone speak volumes and one quote could be expounded into an entire book. “Keep things simple---this requires patience, perseverance, allowing room for empty spaces.”

Turning complexity into simplicity is no easy task.

So many of Einstein’s ideas, beyond his incredible discoveries in the world itself, which would ultimately turn the world on its head, would all contain room, empty space, air to breath.

E=mc2, is thought to be the most famous equation in all of physics eventually setting the stage for the development of the Atomic bomb and nuclear power plants. But had he known where this was going he thought perhaps he should have become a watchmaker. Einstein was very much against war.

He worked on this equation for ten years, never game up, tossed it about until it made perfect sense. Input, criticism, rejection. He embraced all of it. His critics challenged him to work harder. One of the greatest lessons I've learned from Einstein is to embrace criticism, and not take it personally.

To this day, his theories inspire advances, in science, astronomy, physics, philosophers, new-agers!

I’ve been to my fare share of enlightenment lectures, where the self-appointed "gurus" often spout some version of, or direct quote from Einstein. “Anyone who has never made a mistake has never tried anything new.” “Great spirits have often encountered violent opposition from weak minds. “We can’t solve problems by using the same kind of thinking we used in creating them.”

Despite the many great brains, his would be the one cut into 240 pieces, kept in jars, cardboard boxes, often hidden, studied under microscopes. (We must get to the bottom of this!) Bits of his grey matter still remain in the University of Princeton hospital. All those years of cutting and probing and analyzing, really amounted to very little as most was hypothetical. 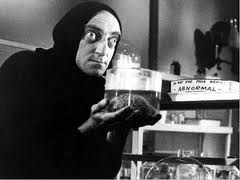 The irony rattles the very jars into a pulpy mess if only because it contradicts what Einstein tried to impress. Stay curious, questioning, love the mystery. Conventional knowledge, though essential, is finite. Imagination is not. This is what Einstein embraced. Perhaps the lore of his brain in a jar, rather than say Plato‘s helps prolong the iconic myth.

As a boy, his father of course knew little Albert was gifted, and perhaps because the elder Einstein (an engineer) had failed at so many businesses, he insisted his son stay in school. He enrolled him in a school in Munich to pursue engineering, but Albert was frustrated with the educational system and clashed repeatedly with the authorities, resented their teaching style and further still wrote about how schools were essentially killing the creative spirit and curiosity of its students. He was 15.

”The only thing that interferes with my learning is my education.”

When I read this in Junior High School, I could finally relax; a simple statement that brought along a universe of vindication because I simply could not understand the entire educational process of rote learning. It was too easy, too boxed in, too impersonal. I realized I would have to find my own way intellectually alongside the traditional, through books, and by age 12, sitting in on lectures by Rollo May, Erik Fromm, B.F.Skinner, Timothy Leary, and Marshall McLuhan.

I was no genius, simply curious and frankly bored with school and given the number of times my by now gypsy mother moved, staying on track in class made me weary. Another school, another teacher, another set of young people I would somehow have to navigate.

Something Einstein ingrained in me and I hope to never lose is his insistence that we all stay curious, intuitive and of course, maintain our sense of humour.

After countless failed exams at higher learning institutions, and his works of genius being overlooked, he carried on anyway with his writing and exploring; at the Patent Office, the only place he could find a job. Funnier still, he was overlooked for a promotion because he had not "managed to grasp technology!"  Nonetheless, it was here, the now 26-year-old Einstein would develop some of his most radical notions. Unrecognized and working for pennies. Inspirational indeed.

It would be ten more years before he would be awarded the Nobel Prize, (for his discovery of the law of photoelectronic effect) but after he became famous, the world was no longer just a place to study; it had become his stage, the Universe his canvas and he made all of this relatable to us.

Traveling the globe and meeting new cultures was an enormous highlight in his life.

His works, books and various biographies became my anchors during the hard scrabbled years of my life. As though their very weight kept me from floating away into space as my family drifted aimlessly around the country. He was my kite string and I held on tight. He made the crazy seem sane. The insane seem okay.

“The most beautiful thing we can experience is the mysterious. It is the source of all true art and all science. He to whom this emotion is a stranger; who can no longer pause to wonder and strand rapt in awe, is as good as dead: his eyes are closed.”

Recently, while driving my own eight- year- old girls to school, I said, “Remember, imagination is more important than knowledge.”

Through the rear view mirror, I watch them both roll their eyes in that “Oh please, Mom, just drive,” kind of way, they said in unison, “Okay, Einstein.”

Quotes I love:
“Two things are infinite, the universe and human stupidity; and I’m not certain about the universe.”
“Gravitation is not responsible for people falling in love.”
“The hardest thing in the world to understand is the income tax.”
“A person starts to live when he can live outside himself.”
“I am convinced that he (God) does not play dice.”
“I never think of the future. It comes soon enough.”
“Sometimes one pays most for the things one gets for nothing.”
“The important thing is not to stop questioning. Curiosity has its own reason for existing.”
“If A is a success in life, then A equals x plus y plus z. Work is x; y is play and z is keeping your mouth shut.” (Particularly fond of this one.)
“In order to form an immaculate member of a flock of sheep, one must, above all, be a sheep.”
"I know not with what weapons WW111 will be fought, but WW1V will be fought with sticks and stones."
"Not everything that counts can be counted, and not everything that can be counted counts." (This is on the sign hanging in Einstein's office in Princeton.)
Posted by Rhonda Talbot at 2:25 PM