I dashed into Starbucks for tea, and noticed two girls were staring intensely out the window looking across the small boulevard.

“O.M.G, it’s him. Should we casually walk over and say hi. He’s totally receptive to fans”
“How do we do it casually? We have to cross against traffic, then, what walk up to him?”
“Good point. Hey, maybe we should run against traffic, and like, almost get killed, that will get his attention”
“That’s genius.”

“We get to the other side panting and scared, like our lives were at total risk. Knowing everything we know, he would have to come to us.”
“I might even faint. OMG CPR!! I would die.” 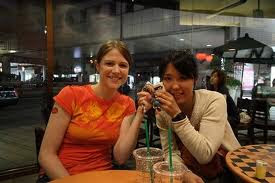 Of course by now I know they are talking about Ryan Gosling and rubber necking myself to see if it’s really him. There was a man wearing a grey hoodie, petting a dog. But it was hard to make out his face. It could have been any youngish man, out for a walk with his dog. The boulevard was littered with charming shops, a few people, strollers and dogs. But no one was gawking or staring at this guy. 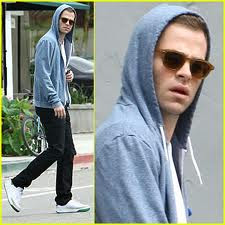 After getting my order, I joined the two girls. One was a late 20's brunette, cute, natural looking, the other looked like she could be her sister, but with blondish hair. Little make up, no surgery (read botox, lip injections) both wearing high-wasted jeans, frilly tops and teased hair, the brunette with bangs that stopped just above her thinly plucked eye-brows. So clearly they were not from L.A.
They reminded me of Romy and Michelle. 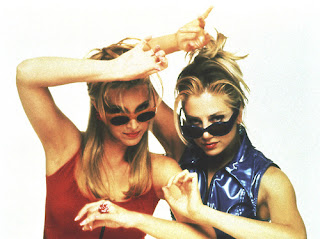 “How do you guys know that’s Gosling?”
“Oh, we know. We have a shrine in our apartment.”
“We study him like, an archeologist studies fossils.”
“Wow.”
“I mean since, the Mickey Mouse club days.” The brunette said.
“Are you two sisters?”

“Oh, no, roommates and bff’s. We moved out here a few months ago to pursue acting,” said the blonde. She was wearing caked blue eye shadow.

The man across the street took a sip of his drink and started texting.

“What if it’s not him? It’s so hard to tell. I can barely see his face.”
“Oh, I can, and his body is like no other. I bet he is texting Eva Mendes!”
“Why is he even dating her? Emma Stone is so adorable.”
“We should tell him that. Would it be weird?”
“No. It’s our duty. Look, he’s going to leave soon, we have to make our move.”

“Shouldn’t you wait to see if he helps a blind person cross the street, or picks up litter, or breaks up an argument, and starts in on a pirouette? The real Ryan would do those things. Plus he is wearing an outdated track suit.”

The girls ran out the door, across the street, drivers honking and swerving as Romy and Michelle screamed, obscenities at them. 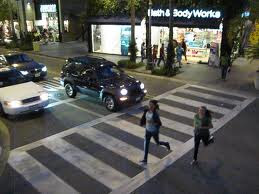 They got to the other side, waiting for some sort of magic to take place. The guy in question pats his dog on the head and starts to walk away, after giving the girls a cursory glance due to all the fuss in the street. Clearly not Ryan Gosling. In fact, what kind of asshole would? They were nearly killed. The girls were in tears, I could hear them. People in other states could hear them.

“O.M.G. I was almost killed. Drivers in L.A. are horrible! I thought pedestrians had the right of way.”

One of them started to limp.

The guy further pulls up his hood and walks in the opposite direction.

I am now joined by four or five other Starbuckers, completely entertained by the Ohioan stalkers.

“O.M.G. you are such an asshole, all those stories aren’t true. I broke up with my fiance for nothing. You’re a dick.”

The guy stopped and turned around.

“Are you girls talking to me?”
He pulled off his hood; fair, light hair, random guy.

“No! We are not. But you are still a dick. How dare you walk around pretending to be Ryan Gosling! He’s a god! You're fake. Is this your way of picking up chicks?”

“What are you talking about?”

“Oh! Like you didn’t know… the hoodie, the dog, the abs. I’m calling the fuzz! Up close you don't even look like him and that is not GEORGE!" 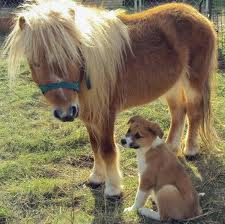 "What is the fuzz? Who is George? Who are you people?” 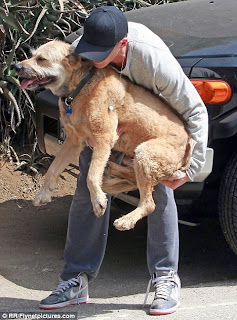 "And for you pea brain the fuzz is the cops! The black and whites! Like you didn’t know. Nice try loser. And don’t forget to pick up your dog shit."

They limped away, furious, talking in circles.

I too am a huge Gosling fan, in fact, I am about to head back to the set where I am producing a film he is starring in called “Men Fear Not The Ballet Shoe.” 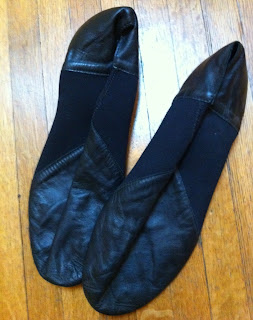 I love his work, well, what is not to love about this guy, and for the moment, we live in a kind of Gosling dream swell.


Here we are, notice the leg in the monitor. Ryan waxed for the role; he is that committed and amazing. 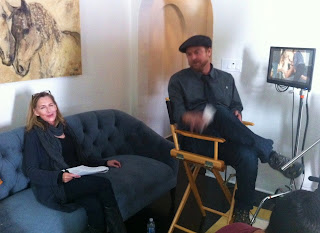 For so many girls, he has simply set the bar too high. But the young ladies in search of movie stars, and in the Starbucks case, the ultimate star and man of their dreams, they needed to have this crushing disappointment. Now. Why wait? It will happen anyway…in more ways than one. Welcome to L.A.
Posted by Rhonda Talbot at 9:56 AM