Why I Can't Stop Watching THE HELP-Mrs. Lipsky 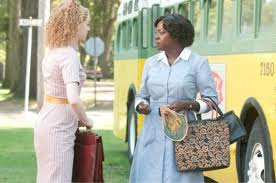 This story was featured in More Magazine. Thanks for reading.

I’m 10, have 5 siblings, an absent mother that yanked us out of our predictable home and away from my father whom I adored. However, she did not. At 28, with 6 kids, all she could understand was how she was robbed of her youth. She did not want to go to church, hang out with the other mothers, sew clothes, cook dinner, shop or clean. She wanted to march in protest lines, stand up for civil rights, hang out in the “hippy” section of Detroit and blare the Rolling Stones.

I was the middle child, the one she confided in. “We are leaving that tyrant to go live like princesses, but don’t tell anyone.”

And so we did. While my father was at work, her hippy friends, the hippy guitar player from church and a few nuns came over, all jumping into action.

“Kids, throw everything you own into one bag. We are outta here!” All to the blasting sound of The Staple Sisters, “I’ll Take You There.

She clearly had been planning move for a while because we arrived at a beautiful “Adults Only” apartment complex that sat high on a grassy hill overlooking the river, embroidered in trees, flowers, and a built-in pool that wasn’t quite done. Basically it was a mud pit. 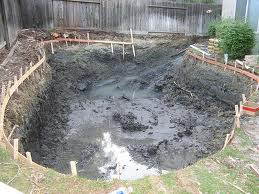 Everything was eggshell white, including the kitchen walls, also equipped with shiny new appliances.

We arrived in a non-descript white van driven by the guitar guy, followed by the nuns in a Chevy. They wore cut offs, had long hair and head wraps. Were these the same chalky nuns that carried rulers to scare everyone?.

“Okay. Now, you can’t be seen. Just casually walk up in a bit, one by one, and if anyone asks just say you are visiting your Great Aunt Maple.”

So it begins. After getting settled, and enrolled in another Catholic school, my mother basically disappeared. She is gone all day and all night. I should clarify the ages: 2-13. All girls, one boy, 9, who left 24 hours after we arrived, hoping his keen honing device would will him back to my father and it did.

That left five girls, unattended and squished into one room. We had no money, no food, and as time went on, birthdays and holidays were no longer acknowledged. I cried myself to sleep every night missing my old life, my father and my beloved dog that to this day I have no idea what my mother did to it.

I took care of the smaller children; my older sisters turned to heroin and loved the freedom.

The cloak of shame overtook me quite quickly, going to school every day saying I forgot my lunch, milk money, and tuition check. The nuns at this school were cold, and despite there often being hot lunch, we were ignored. But I persevered because of the younger siblings. 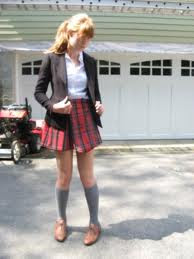 Many of the other occupants of this complex lived normal lives. They were single people, or couples and I envied them. I often would walk down the halls and listen to their conversations. Then watch them leave in pretty clothes off to some fabulous event.

We were the only children. After a couple months, we knew how to become invisible.

Also after a couple months we had all lost 10 pounds. I stole rice and soup from the grocery and fed everyone. Sometimes I would steal bread but that was tricky and it was all mangled by the time I got home.

Enter, Mrs. Lipsky. She was an African American maid; the label for housekeepers back then. She worked for a number of other occupants.

One afternoon, there was a knock on the door. I answered though I was warned against it by my mother many times. (Not Mrs. Lipsky but a similar love in her eyes^^)

“I worked for some folks in this place.”

“Who minds you kids?”

I was afraid to answer but she had a kind face, loving eyes and wore a beautiful blue dress decorated with bright, yellow flowers.

“Would you care if I came by sometimes and cleaned up, made you food?”

“You don’t worry about that. Can I come in?”

I let her in, at worst she was from social services, which might be a blessing, at best, she was a kind woman. My instincts were all I had and I trusted her.

“My, my. Look at this place. How many kids live here?”

“Well, five. But my older sisters are out a lot.”

It had to be past five by now but Mrs. Lipsky came in and straightened up the house, organized our bedroom, then surveyed and cleaned the kitchen. She also threw together a meal out of rice, chicken broth, potatoes and bread crumbs.

“I have to go, do you mind if I come tomorrow? I made you lunches for school. They are in the frig.”

I was too stunned to speak or have a reaction. Finally, “Yes. Are you a fairy godmother?”

She laughed and hugged me.

This went on for a month or so and I loved her. We would talk in the morning; then talk again after school. She was interested in what I wanted to do with my life. She brought us food everyday. She eventually met my mother because I was holding her hand in the kitchen one day when my mom made a rare appearance.

“This is Mrs. Lipsky and she has been minding us.”

My mother, wearing a “housekeeping” outfit I had never seen, was dumbstruck; then she started to cry. 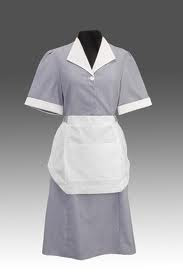 Two weeks later we were evicted, and shoved all of our belongings into my mother’s Pinto. What didn’t fit was left on the sculptured lawn. We slept in the park for a few nights, and cleaned up in various gas stations to get dressed for school.

My mother always dropped us off early, so she could go to work, this mystery day job. Mrs. Lipsky was waiting for me outside the school.

“You all come stay with us. We have a huge attic. Like a dollhouse.”

And we did. It was far away, down town Detroit. And the attic was like a doll house, with a huge bed, fluffy covers, a high ceiling and lots of color. 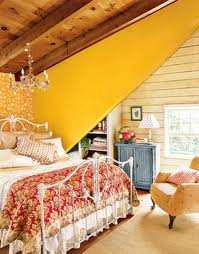 I loved living there. I loved her entire family. We sat at their dinner table and ate food that was so delicious I never wanted to leave. Mrs. Lipsky lived with her mom, and two sisters and they taught me to cook, sew, fix my hair properly.

By now the smaller siblings had been taken away, my mother farmed them out to various friends temporarily. The eldest took off to Florida with a Hells Angel. So it was me and my year old sister, the one dabbling in heroin. We took an hour city bus to school each day.

Two months later, my mom rented a house closer to our school and we were preparing to leave.

The last day with the Lipsky's, on the way home from school, as we got off the city bus, a boy, maybe 8, dashed in front it to beat the light and was crushed to death. I was frozen and crying, and then began to shake. Police and ambulances were everywhere. My sister dragged me to the Lipsky’s. I sat on Mrs. Lipsky’s lap and cried for hours. She held me until I fell asleep.

We left at dawn. These were undoubtedly the worst years of my life, but sometimes there is an angel, a friend that helps you just because they are good. As the years went by and I grew up, I tried to find her many times with no luck.

I have seen the movie The Help so often I lost count. And it brought all of it back. My life is a success story because I survived under the worst of circumstances; I won’t go into all of them here, then emancipated myself at 15, put myself through HS and college and have had a very successful career. But I owe a lot to Mrs. Lipsky. After we met I stopped crying myself to sleep for the first time in years, and saw a ray of light. Some people tell me I am giving to a fault, and I can never understand what they mean. And I hope I never do.
Posted by Rhonda Talbot at 8:19 AM 2 comments: Links to this post