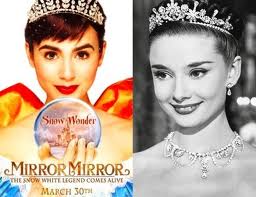 There was a recent discussion in carpool the other day between the girls, age 9, and me. When you have twins, that’s pretty much the entire pool.

Whenever we pass a gigantic billboard for Mirror Mirror, they know straight away it’s Julia Roberts and are always curious about who is playing Snow White.

“Yep, that’s Julia Roberts, but Mom who is Snow White?”

“But you know everything. Like you met Pink and stuff.”

“Well, all those other people you know. We forget. So who is that?”

Now I am becoming frustrated. She’s completely lovely and given the Rube Goldberg complexity that is somehow my life; I just can’t stay on top of all movies all the time. If it weren’t for cable I wouldn’t know who The Rock was, for example.

“She looks like Audrey Hepburn. One of my favorite actresses of all time.”

There is a shrill, no, a Roger Corman scream from the back seat. Then:

“Mom! Don’t say that. I don’t want to be named after an actress.”

“You just said you loved her, she was your favorite. That is my name!”

“A, there is no correlation. It’s a coincidence. You were not named after anyone. Audrey is a good, strong solid name, like all my other kids.”

The girls are at an age where death has become a real fear.  In fact, I have to reassure them everyday I am not going to die.

“She lived a very long and fantastic life and died an extremely old woman.”

This gives them tremendous relief. They want to believe everyone dies at exactly age 117.

“Well, who was I named after,” her sister has to get in on this.

But really she wants to try and trip me up. That is what she does.

“Well, sure, but for me, only one person of great value comes to mind in this second, he is one of my literary heroes. Evelyn Waugh.”

“No. See. That is what I am saying. I didn’t name you after anyone in particular, I happen to love your name. And it suits you, as does yours Audrey. Besides, he pronounced his name Evil-Lynn.  Not Evelyn.

“What? That is so lame.”
“Burn.”
“He was British. It’s a different pronunciation.”

“But technically you named me after a man. That is wrong on so many levels. Plus the whole mole thing.”

“No, the name is gender-neutral.”

I have no idea what my kids are talking about or when they adopted certain words into their vocabulary. Burn? Why is everything random and awkward?

Like at dinner, one will say, “Mom, can you please get me some OJ?”

“Can you please get it yourself?”

“Technically you are closer to the frig.”

“Technically you are the one who wants it.”

Evelyn gets the juice. “That was so random.”

They are both angry now and arguing amongst themselves. 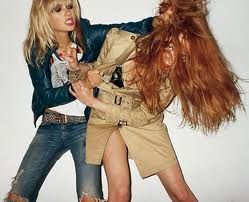 Meanwhile I am trying to appear like everything is normal as we near our neighborhood. 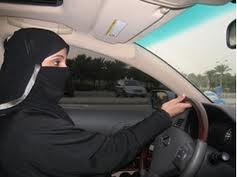 “Girls, stop. Your father and I loved the names and picked them because they are strong, unique and the names are not attached to anyone we know. They are special and so are you.”

Evelyn humphed. Even when I am telling the truth she is skeptical.

I will find out who Snow White is when we get home.”

“How?” Evelyn, the challenger.

I need my kids to think I am clever.

While they are computer savvy they don’t have access to the Internet. Just one site. Littlest Pet Shops or LPS for those “in the know.”  They make weird movies with these little creatures on their Ipads.

I like to keep a tight lid on them, though I know it will be short lived.

An hour or so later I waltz into their room.  “Guess what? I found out who Snow White is.”

“Who?”
“Her name is Lily Collins.” I actually printed this out and showed it to them. 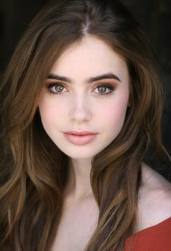 “Wow, she's pretty. Okay. Thanks,” Evelyn said, then went back to arranging her LPS movie set, tiny chairs, tables, and minuscule combs. Items I step on constantly with bare feet because I cannot see them.

The girls look at each other and shrug. Audrey, “Never heard of her either.”

“Well I have a feeling you will very soon. But you have seen her. You know that movie I watch all the time with Sandra Bullock, you know, Mary Horowitz falls into a hole.”

“Lily is in that? Which part? The girl with the boyfriend who carves potatoes?”

“No, she is in other movie I watch all the time with Mary Horowitz about the football player the mom takes to go live with her family.”

“You mean Blind Side? We love that movie. Who is Lily?”

Then together, “Cooool. Kay’. Thanks mom. Bye.”

“She is also British.”

“That would explain the mole.”
“What are you guys talking about?”
“All British people have moles, duh.”

“That makes no sense. She doesn't even have a mole. Why would you even say that? Who?"

"Whatever, just forget it. I can't focus."

"Anyway, she studied to be a journalist and wrote for all these magazines, but then turns out to be a great actor... "

They are now ignoring me. I over shot my mark. Again.

They can always tell when I am trying to sneak in a life lesson, like you can be a journalist if you go to college, or you can be a great artist if you keep practicing and so on. 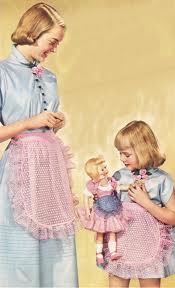 Cute picture^^ but we don't have aprons and the girls despise dolls.


Sometimes I use examples that will excite them, thus approach with great subtlety. For example, Taylor Swift and Selena Gomez. They both adore. I see an opportunity.

“Well, that’s the thing about practicing your craft seven hours a day, interjected with home schooling and regular sports activities.”

They roll their eyes.

“We don’t care. We want to be explorers, save animals, and fix the rain forest. Not be rock stars. And you can’t change our minds.”

As a parent it’s hard to not cross the line, no matter what the subject. My specific area is reading; so I’m constantly talking about books, bringing them home, reading to them despite their preference to read to themselves.

“Mom, I know more about like, so many things than you do. You didn’t even know what a vampire squid was.” 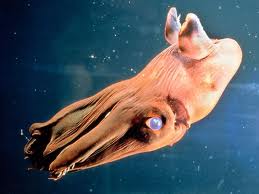 This is when one of them gets up and closes the door, without trying to be mean.

“So, we are trying to make a movie and, um, anyway, technically you are making a lot of noise. Could you please leave please?” 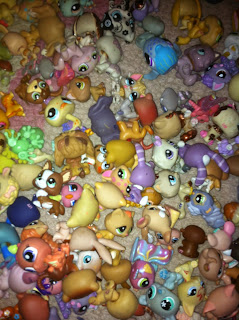 I close the door and hear, “That was random.”