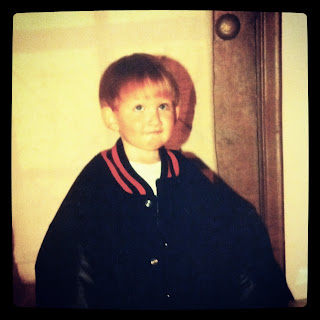 My lil' story of love, romance and homes blazing...

From the moment we met, everything about our relationship was broken. I was bicycling at Gold's Gym in Hollywood, listening to Bob Dylan. I barely noticed the guy to my left. I'll call him Jay — tall, lumbering, utterly confused. He fiddled with the controls to his bike, trying not to look embarrassed.
"It's broken," I shouted, not bothering to remove my headphones. He sheepishly climbed off that bike and on to another. More fiddling with the controls. I sighed, pulled off my headphones and pressed his start button.
"Thanks," he said. "I just quit smoking. I also quit drugs, and drinking, and sugar and white flour."
He was handsome in that helpless-boy way. I could tell he was an actor by the way he insisted on making eye contact. He kept talking — something about a motel in Del Mar, Miles Davis, Nietzsche and a pig farm in Utah.
He asked for my number. I could have slipped him a fake one. But I didn't.
How I later found myself in his decaying station wagon — shredded floorboards, untrustworthy brakes, scent of dead fish — remains something of a mystery. We would drive for hours into the desert to sit on sacred land, or pick strawberries in Oxnard, or listen to an obscure jazz band in Thousand Oaks.
Jay was decent and thoughtful. He bought me unconventional gifts: a framed print of Ganesh, a book about the Chumash Indians.
I would report back to my girlfriends about this peculiar guy whose hidden potential came with tie-dyed shirts, pajama pants and strings of puka shells.
After one night of constellation gazing in the high desert, we went back to his apartment. He tinkered with the broken lock, then laughed when the doorknob fell into his hand. "Oops."
By now, I expected things not to work, but I was still startled by the sheer quantity of broken items: televisions, toilets, the refrigerator. Even his roommate, who appeared out of nowhere, walked with a limp.
We drank some warm Cokes, then entered his bedroom. I lay on the futon and noticed the maharishi's face beaming down on me, his left eye askew because of a fracture in the glass frame.
Just as Jay lay down, bam. The futon collapsed. We crashed onto the hardwood floor. I was horrified. Jay chuckled.
"Normally I'm much better at this," he offered. "I mean sexually. Do you want to meditate?"
"Thanks," I said, "but I better get going."
I left thinking I should just erase this entire episode of my life. Why did I even have feelings for this guy?
Back in L.A., I pulled onto my street in the Fairfax district and saw a commotion — fire trucks, ambulances, dozens of pajama-clad onlookers. Then I noticed the fire hoses were directed right into my second-story window.
"What happened?" I said. "That's my apartment!"
"Well, maybe you can tell us what happened," a firefighter said. My place was destroyed, he said, but no one was hurt.
I looked at the crowd of mostly older residents, and my face turned red with shame. Had I forgotten to blow out the aromatherapy candle Jay gave to me, the one that I stupidly left on the wicker table?
"Miss, do you have someone to call?" the firefighter asked.
Yes, I have a friend," I said.
It was 3 a.m. Many people won't understand why I did what I did. I'm not even sure I do. But heading back to Jay's seemed like the only solution.
He answered the door like nothing was unusual. Homes burn down every day.
I slept on his lumpy sofa, and the next morning Jay made me coffee. We read The Times and carried on. Just an ordinary day.
"Of course you can stay as long as you like," he said.
"That's nice of you."
"By the way," he said, "you slurp your coffee." He winked.
In two days we learned that we had much in common. Broken homes, broken dreams. My heart cracked open.
I knew we had come together out of a kind of desperate need — two halves making a whole. I told him that my family had disowned me when I moved to Hollywood. He said we should live together.
Within a month of combining our households and mismatched belongings, he started bringing in all sorts of broken things. First, there was the stray cat missing a leg, then a wild green parrot that had lost its ability to fly. Soon he moved on to humans — runaways and pregnant heroinaddicts.
I eventually missed my old life. Clean. Organized. Predictable. But just as I was about to make my exit, we encountered a broken condom.
Jay was adamant about wanting to make our little family work, so I went along to the Self-Realization Center, to the Buddhist retreats, to the couple's therapist who lived in a tepee — all efforts to fix us. None worked.
By the end of our journey, there was the admission of defeat. But there also was one magnificent prize: a perfectly unbroken son. And for the first time, I understood what love was.
L.A. Affairs chronicles romance and relationships. Past columns are archived at latimes.com/laaffairs. If you have comments to share or a story to tell, write us athome@latimes.com.

Posted by Rhonda Talbot at 9:29 AM