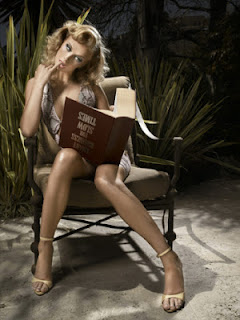 I know you have asked yourself this, how many blondes DOES it take to screw in a lightbulb?

Sure, this is a joke of mythic proportions. Along with all the other dumb blonde jokes. Hell, I've even laughed at most of them. Mostly because I'm blonde and I can screw in a lightbulb, so, you know, ha-ha.

But now the joke should be, "How many blondes does it take to screw in a halogen lightbulb, or fluorescent lightbulb, or energy savers, or LED's or CFL's? This joke just got real. 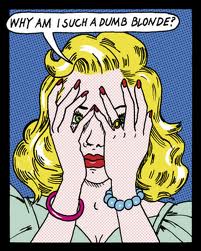 I'm not going out on a limb here by saying I'm pretty darn good around the house. I can fix broken doorknobs, drain a sump pump, change a fuse, light a water heater, patch a boo-boo and even mow the goddamn lawn. 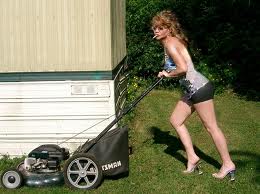 Recently, my office wall light, hidden behind a lovely sconce, burned out. I replaced it with another halogen energy saver. Didn't work. Then another. Nothing. So I typed in the dark because who has time to deal with this stuff. I have books to write.

After tripping over my kid's tennis shoes for the fifth time and finally twisting my ankle, I thought I had better call an electrician  But first I had to find one. I certainly wasn't going to faffle with the wiring behind the sconce. A girl could get electrified.

At the same time, two wall sconces blinked off in the guest bedroom. So he or she could fix those too.

In my neighborhood, a fabulous woman called Paulette Light started this referral system. I had actually started one of these years ago, before Angie's List; I was even in beta, but I am just too damn ambitious. I wanted a referral system in every city in every state, then every country, all at once.  I was 70 pages deep in HTML planning with no end in site and eventually put it aside and moved on. 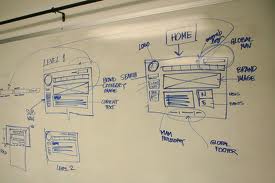 So when I came across Paulette's TheFriendex,  not called Momstamp I was overjoyed.  It works! Because it's our neighborhood and nearby environs, but is quickly growing and made up of friends, friends of friends, and so on. So the referrals are much more dependable and reliable than say- Yelp- which I never believe anyway.

I found a short list of electricians and jotted down their names. 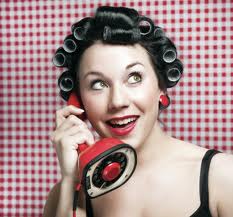 I went on to explain my entire ordeal and almost got into my childhood before he could stop me. Then Josie said:

"What's a conch? You have sea shells on your wall?"
"No... you know those things on the wall that cover light bulbs."
"Oh. Sconce?"
"Yeah. Sconce. Sorry. Did I say conch? I've been writing all morning. My brain is mush."
"Okay. Have you put in a new bulb?"
"Well sure. But it didn't work."
"What kind of bulb?"
"The new kind. The twisty kind."
"Those are fluorescence energy savers. In some houses, they work for a bit, then stop. Have you tried an old fashioned bulb? The kind from 50 years ago?"
"Shit, has it been that long?"
"Seems."

I put in an old fashioned bulb. It was tricky because I couldn't see inside the sconce. 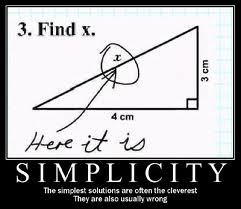 "Oh my god. I have light. Josie, you're a genius. Can you help me in the guest bedroom?"

I took the phone into the bedroom and stood on a chair, just over the bed.

"Oh. These are shaped like a worm."
"Okay. Those are halogen. See the clips that are holding the worm?"
"Yep. I'll unclip those."
"Well, be careful. Don't touch it if it's hot."
"It's freezing. I did it! But I can't wiggle this worm out."

And with that, I fell off the chair. It seemed like slow motion. Like in a Tom Cruise movie. My entire body was in free fall, the phone flew to the ground and I hit the bed and bounced once.

I quickly got up and grabbed the phone.

"Josie? Sorry. I dropped the phone. I think I will leave this for later."

No way was I telling him what happened.

I had a feeling Josie was laughing his ass off after he got off the phone. I actually just told a woman how to screw in a light bulb. I bet she was blonde.

I now have light. In every room. And if I trip, I can no longer blame the dark. I do keep flashbacking on that free fall. Thank god my bed was there.  But then again the reason I fell is that I stepped on one of the 20 fat pillows I stack on the thing for some reason. 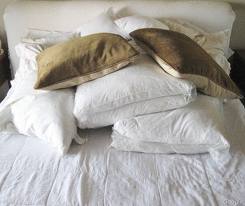 Which, btw, I just purchased on Dark Friday.

Posted by Rhonda Talbot at 2:40 PM