We Bought A Zoo - sort of 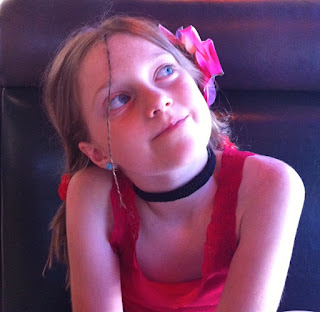 After spending many years in my teens, 20’s and early 30’s hanging out with guys who had no interest in me, though like a romance detective, I would decipher any remark, gesture, lack of remark or gesture, that in fact there was great interest, it was suggested to me to hand write on a sheet of paper, a list of what I was actually interested in regarding a mate. I thought this was so silly and dismissed this advice immediately.

I wasn’t really interested in a “mate” if that meant anything resembling a commitment. I was a carefree girl, like Blake Lively in the movie Savages. I think at one point I had four boyfriends at the same time, but nothing serious. 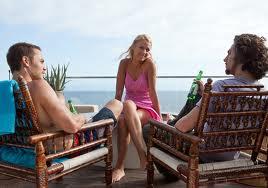 I was more keen on a challenge, or setting my sights on an unattainable guy to fall in love with me. That was my end game. Then he could leave.

And I set my goals pretty high, that is, picking men that would require a lot of effort; popular actors, hot musicians, sexy marrieds, men on the Forbes list. But I knew I could never turn a gay so didn’t waste my time there.

I did have a short marriage to a handsome actor, but knew also he had tons of other girlfriends. Not that I cared. It was more about closing the deal. But after a while, this situation became downright embarrassing.

“I saw Blah-Blah with this hot chick in the gym whirlpool." Then someone would add, "Oh, I saw him grinding Miss Famous TV Star in Ralph's parking lot." This went on for a while. I found it amusing.  Finally a few girls did an intervention. 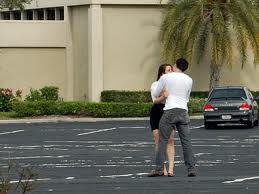 "Don’t you care? He’s your husband and father to your son." "You could get crabs!" "Weren't you raised Catholic or something?" "Where is your pride?” Well, that one bothered me.

While Blah's actions didn't concern me, I did care about my reputation, or I guess I cared what other people cared about it. People were looking at me like I was some kind of door-mat, or worse; a bad parent!!

So when he was off shooting a film, I decided to file for a divorce… but just before I had a chance, I met this adorable 23-year old who lived with his mom, so in an effort to speed things along, I threw the husband out and had the boy move in.

The boy and I had a few things in common: music, films and spending my money. He also travelled in a pack which can get awkward. And expensive. 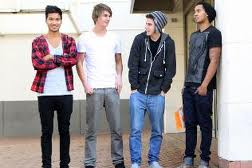 Also his mother didn't like me much. She was a big time feminist and judged me because my own mother had been a Playboy Bunny back in the day.

I quickly moved on to a high profile artist, though I had no idea he was married (killing two birds in a way.)

I was nearing my 30’s so this had to stop, dammit, if only because my son was getting old enough to gauge my mood swings. Prior to my dating string, I didn't have mood swings.

Muhammad, a clerk at the Ride-Aid, is like a mood ring. He lives in a perpetual state of ecstasy and wears holiday hats. 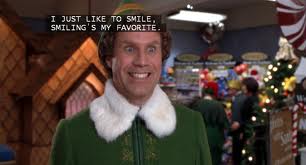 He saw me nearly everyday, and depending on how I appeared, he would adjust his interactions. For example, say I am in my pajamas buying shampoo.

"Ah, the goddess has arrived. Some day you make good man a very happy man."

I would break into tears, followed by laughter. Then tears. I held it together my entire life and now I'm coming undone? This made no sense.

My moods were out of control, so when I saw this cute guy walking his dog in my village I asked for his number. Without solicitation. He looked like Ben Affleck so that was enough. 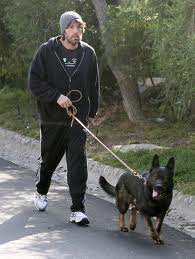 “Hey, can I have your number?”
“Sure.”
"Call you later."
“I should tell you I’m a loser and have nothing to offer. You’d think by 35 something might have panned out, but no.”
“Shit happens.”  Here I was quoting Forrest Gump. I kind of felt like him.

Ben Affleck's doppelgänger was true to his word. I had to pick him up as he didn’t have a car, or a job, or a decent pair of jeans and he lived with his great aunt Mildred in Torrance. He was also not very bright. He didn’t know who the Vice President was.

"Yeah, I'm not a Bush fan, but I like Jeb. Maybe he will take over, yunno?"
"Jeb has already been President. So."  I've never claimed to be the kindest person.
"Right. Can he run again?"
"Of course, Ben. I think you should double vote for him."
"It's Eric."
"Who cares?"

I should point out he was not in any way afflicted with mental deficiencies. He was simply dumb.

"You don't have to call me, okay?"
"My great aunt doesn't have a phone anyway."

With my son at his dad's, and feeling lonesome, I went to the movies with plumber Joe. He picked me up in his dilapidated work truck and it got worse from there. I liked him as a plumber, so didn't proceed with the "date."

"Could you kindly take me back home? I'm having internal girly issues."  Men never, ever question this.

I called a girlfriend and she told me if I wanted a man in my life, I ought to make a list of qualities I would like them to have, then shove it in a drawer. I made the inane list and decided to not see any more men, get on with my life, focus on my son, my job, my life. I was so much happier. 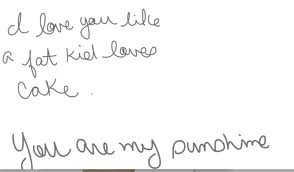 A couple years later I meet Mr. Nice guy at Starbucks, who was relentlessly harassing me and holding up the line until I gave him my number. But he was hokey funny about it.

"What's funnier than a mocha? A bloka? Get it?" 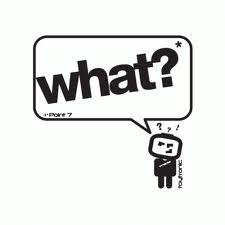 At first I had no interest in him because he paid way too much attention to me; the calls, the flowers, the weird greetings cards, “I meow you?” Really?

Nonetheless, my girlfriends urged me to keep seeing him, give it a chance. He was single, age appropriate, educated and had a job. And clearly was into me. He called everyday, sometimes twice.

“Hey there! Just calling to tell you it’s 80, the sun is shining, and don’t forget to go outside and take a big bite out of that orange ball!”  He sounded like Rick Dees, drove a unfashionable sports car and had a company called Vegables despite his being an attorney.

“Maybe he has a puppet business on the side.” This was my sister’s explanation. “He likes kids; that’s good.”

I kept on, despite my utter discomfort, and waited for four months before he would meet my son. Their interaction is what clinched the deal, since he did all things boys love to do, play catch, rollerblade, do cartwheels, fart and laugh.

“Mom, this is how it should be! Finally it’s not so boring around here.”

My son was seven, and frankly I was growing tired of putting together 12,000 piece Lego buildings. 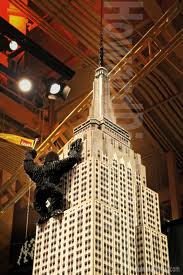 Years pass, we marry, and he asks if I would consider having a baby. I didn’t think it would happen so I said yes.  And not only did it happen, but I had twins. 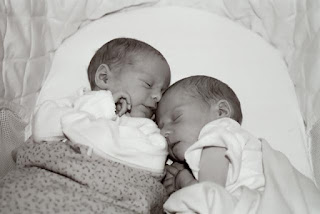 I took to the bed for two years. My life as I knew it was over. No more travelling, no more getting validated for a job well done, no more parties, no more fun… and to think another 18 years of this!  Just when most of my friends would be shoving their kids out of the house post college and going to Tuscany, I would be attending parent-teacher meetings, birthday parties, museums, zoos, and teaching them stuff! 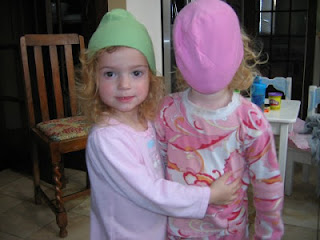 Well, it’s simply endless, not to mention, I would now be the OLDER mother as opposed to the young single mom which I kind of enjoyed because it threatened all the other older moms.

When the girls were eight one of them wrote of list of what she thought she might like in a boy, if she were to ever marry. Where this came from, who knows?  She told me she had no interest in ever getting married but thought the list might come in handy.

When I looked at her list it bore an eerie resemblance to the one I had written, but I was 31, and she was eight.  Let’s compare.

My list:    (I never throw things away so there it was still in my lame box with this photo!) 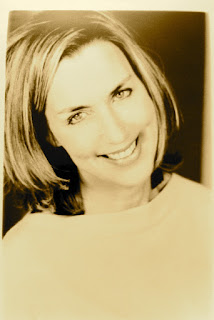 Bangs not a deal breaker? WTF? Likes animals? I don't even like animals. I must have been assuming if an animal lover would also like kids. At least I didn't put double-chin okay.

Apparently these days on the school grounds girls chatter about all types of subjects, but she told me there is one group that is mostly concerned about boys.

“Boys, boys, boys,” she said.  “I don’t even care. These are the same girls that are all aflutter over Persian cats and fancy pants! They don't even like rats. Snooty. I mean who would not want a boy who loves dogs? Or snakes? Or geckos? It makes no sense. They only care about Justin Bieber. I told them, --Oh no, you didn't just say that and hell to the no!”

What?
When I looked at her list a number of times, every characteristic pretty much defines their father, who takes them to the zoo constantly, pet stores, rescue centers, farms, peoples yards, and they are all in cahoots regarding these animals so I won't find out. As if, they are everywhere. 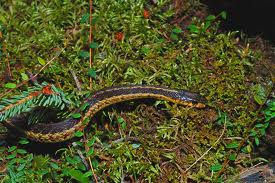 They are hidden all over the house. We are talking, well the dogs, but also wild life -- mini sharks, gerbils, hamsters, birds, reptiles, snakes, rats. They have actual shrines with candles and inspirational quotes.

And now they want a zebra. This is where I will have to put my foot down. I'm pretty sure what they are doing is illegal already as a house can only handle so much without being an actual zoo. Of course one of their favorite films is We Bought A Zoo. Dream come true. (But I would be dead in that, right?) 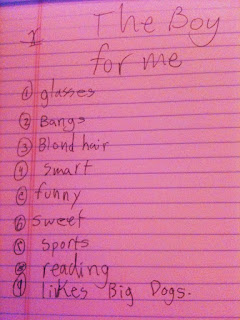