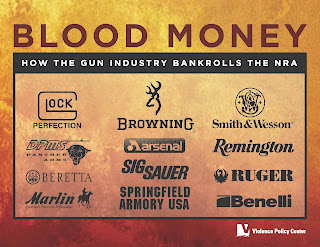 We, The Enlightened States of America (E.S.A.), are all getting sick and tired of your stale arguments regarding your right to “bear arms.”  Back in 1791, because there was no National Guard and a lack of trained soldiers, the government deemed the 2nd Amendment worthy; that is to protect people from thieves, bandits, Native Americans and slave insurrection.  The government also wanted to remind the rest of the world the U.S. was well armed, dang it, so don’t even think about messing with us.

But we are also talking loaded muskets and not assault weapons that have no place in our present, civilized country. Not to mention the ideology behind the 2nd Amendment is outdated by a few hundred years.

We now have a nearly impenetrable U.S. military and outstanding National Guard. There is simply no need for local militias. We understand you are still sore about our giving rights to minorities, but we have a plan for that.

We know you are made up primarily of good old white boys that have spent more time at the gun range than at school, and feel naked without your guns. We are not unsympathetic to this need. We understand you will do nearly anything to preserve your right to “bear arms” even though many of you have no idea what that actually means. And it seems the more it’s threatened, the more noise you make.

Let’s not forget it was you, the NRA, that backed the first major federal gun regulation, the 1934 National Firearms Act, which was upheld by the Supreme Court.

In essence, it states, the 2nd Amendment did not protect the right of individuals to possess guns for private purpose. Instead, it was restricted to the keeping and bearing of arms by the people collectively for their common defense and security. (General Robert Jackson.)

As time wore on, this was not good enough for gun lovers. Clearly there would be no need for a militia, so you wanted the reigns loosened, the wording adjusted just so-- to give the illusion to all Americans they are being cheated of their gun rights.

You wanted the “false” right back to “bear arms” under any circumstances. And you had enough supporters and money to start making this happen.

Timing is everything. Hello 1970!  You, the NRA, and millions of conservatives, saw an opportunity to shrewdly piggyback on the minority and women’s rights movements.

You start screaming:  “Hey, we have rights too! Protected by the US Constitution no less! If you are going to start making new amendments, let’s revisit this one!”

You then created a giant lobby and publicity apparatus to spread this new doctrine.  During all this politicking, Chief Justice Warren Burger said that the 2nd Amendment “has been the subject of one of the greatest pieces of fraud—repeat fraud, on the American public by special interests groups that I have ever seen in my lifetime.”

Sadly Burger had retired by then and you were in full force, with a mighty mission. Get that message out there---“Americans!  You have the right to carry guns! Don’t let the government tell you otherwise!”

It matters not to you that technology has changed to such a degree people assume they can own a cache of military weapons for no reason at all. We are certain our forefathers did not intend to give everyone a warm gun to take wherever they pleased: shopping malls, Tupperware parties, weddings, single mixers, churches, parks, and so on.

Given you have deaf ears when it comes to any rational discussions and in fact offer up a solution suggesting what this country really needs are more guns, the E.S.A has come up with a finely executed proposal.

Let’s not forget you are still terribly disappointed regarding the $19M dollars you spent on this election to no avail. Your solution? Stockpile more guns for fear of government take over.  Not to mention after every massacre, you all make a run on guns, so we assume you are fully equipped and ready to fight.

Therefore the E.S.A has a plan of action where everyone wins.

1)   Keep your assault weapons, automatic rifles, pistols, handguns, and hunting rifles and leave the US. You clearly think it isn’t safe, so leave. What you need is a war. In war, you can sling as many ammo magazines around your waist as deemed necessary. We suggest you go as mercenaries. This way, you are helping people and countries in dire need of protection.  Many of you contend, “We are a peaceful bunch,” therefore it should be your obligation to render said peace around the world where wars are taking place right now. There are plenty of opportunities. To name a few, Darfur, Libya, Somalia, Republic of Congo, Nigeria, and Mali.
2)   We have great confidence in your marksmanship skills. Most of you boast about this incessantly.  Time to put those skills to good use.
3)   Many of you also don’t believe in paying taxes. And many of you are in jail for killing someone with a gun. Imagine the money the US will save by not having to support your sorry existence in the US, not to mention the enormous savings regarding correctional facilities.  Plus we can cut back on Defense Spending knowing we can call on you at any time. We can put that financial surplus to more important things such as education, energy sources, clean air, mental health, scientific research, Social Security, Medicaid, homelessness, health coverage, parks, the arts, transportation, deficit reduction, an endless list of ways to improve the quality of life in the US.
4)   Given the peculiar high rate of obesity among you, another huge savings for the US would be in health care costs and food alone. A large majority of you does not have your own health insurance either. So the government is picking up the tab on that one. We will provide you with proper nutrition classes, physical training courses and meditation seminars free of charge.
5)   Imagine having your own all-white male fraternity! What could be more fun? In your units, you won’t have to deal with any people of color, differing religions since you are all mainly Christian, and we will provide you with as much beer and Playboy magazines as you would like. In your down time, you are free to discuss how Suddam Hussein was responsible for 9/11 and dinosaurs roamed the planet a few years ago with great enthusiasm and no counter opinions. There will be no age limit in this proposal. A 65-year old man with an assault weapon can come in very handy when a village is under attack.
6)   For services rendered, the longer you stay away and protect other countries from harm, the more you will benefit. During your service, you will earn American dollars, though you will be required to pay tax; you will receive a free college education upon return; you will have access to health insurance. There will only be one condition upon return; you will be required to hand in your weapons. If you find this impossible, then you don’t return. We understand the financial compensation will not come close to the amount of money you earn through kickbacks on gun sales, but after you’ve seen the reality of war, you may decide to settle for a little less.
7)    If you happen to die while on active duty, we will pry your rifle from your “cold, dead hands” but anoint you a hero in the line of action.

Citizens of the Enlightened States of America.

Below is from NRA anon member:

The Nanny Statists are on the war path, here in the United States. While their incessant calls for a ban on semi-auto firearms will probably fail, I predict that a bipartisan compromise in Congress will result in a new ban on full capacity magazines. This renewal of the 1994 to 2004 ban will likely have a grandfather clause, but no sunset clause. So TODAY is the day to do your best to round out your family's multi-generational supply of magazines. Even if you' don't already own an AR-15 or and AK-47, buy a dozen magazines for each. And for all of the guns in your battery that can accept 11+ round magazines, consider six magazines per gun to be a bare minimum, and 20 per gun to be a comfort level. Do not hesitate on this, folks.Prices are likely to gallop, once the details of Senator Feinstein's ban bill are announced! And even if common sense prevails in congress, at a minimum we can still expect an executive order that will ban the importation of 11+ round magazines. So this makes buying magazines for your foreign-made rifles (AK, FN PS-90, FN-FAL, FNAR, Galil, HK, etc.) or handguns (Beretta, FN, Glock, HK, SIG, etc.) your highest priority.
Posted by Rhonda Talbot at 12:28 PM