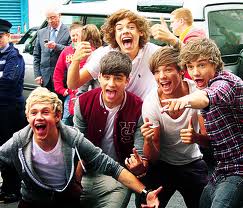 Okay, I was a little hard on the guys.  They're pop stars, charismatic and kind of cute. I had a talk with my nine-year-girl about the matter. She knew the song Little Things. To my surprise, she knew ALL One Direction songs or as she corrected me 1D.

A:  Mom, you don't get it. They are telling this girl they love her not matter what she feels about herself. Plus it's catchy.

Me: But don't you think it's odd that the boys point out the ways in which she hates herself?
A: No. Because maybe she does, he is helping her by saying no matter what YOU think, I love you anyway. Just like in their song What Makes You Beautiful. She could look like an ogre. He would love her. Why are you asking me this stuff? You don't get it. 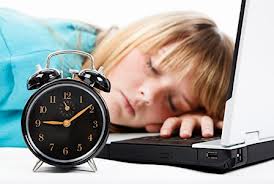 
A: Mom! He's just showing interest. Can you go now? I'm busy here. Can you shut the door, thanks. 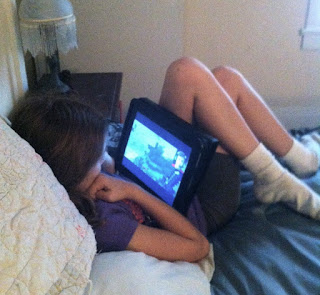 Me: Okay, one last thing. If some boy would like you, only if you had, say green hair, or you were bigger or wore jeans, would you do that for him? You know, change for him?

I felt like I slipped in a teaching moment, but it wasn't even necessary. My girls have great self-esteem. So far, so good. Nonetheless I need to run this by my cultural odometer guide for a hood check. 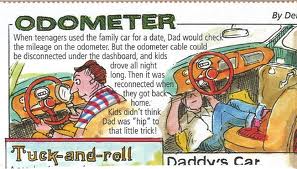 I took my complaint to my son who will surely understand why I don't think this is pro-girls, like say, Pink's song You're Perfect. Which I think is very empowering.

My son is a young adult and being at the older end of the Millennials, he has it all covered.

"I can't believe you are making me look at a video of One Direction. No, Mom. I will just read the lyrics."

I tried to impress on him the effect it may be having on the girls which is why he agrees.

He read the lyrics. I point out this section which I find suspect.

I know you've never loved
The crinkles by your eyes
When you smile
You've never loved
Your stomach or your thighs,
The dimples in your back at the bottom of your spine
But I'll love them endlessly

Son:  Mom, it's adolescent. They're like 15 or something. But I get what you are saying. The lyrics are lame. And kind of creepy. I don't even think they're musicians.

Son: Sure. Can you get out of my room now? I need to finish this. Shut the door. 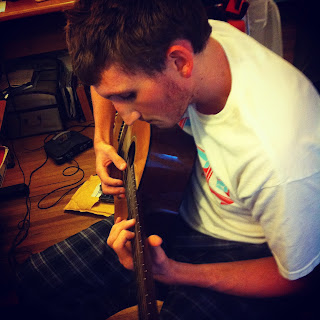 I guess when I reflect on what I was listening to at age nine, it's quite different. The Four Tops, The Supremes, Beatles, Beach Boys, Janis Joplin, The Doors. It was actual music. I don't know what to call this fuzzy pop stuff. But it's everywhere. And growing.

I don't watch any of those "make me famous" shows, but that is exactly what the judges encourage.  Sound poppy, superficial, catchy and be cute. Being white is a plus.

I have to let my kids listen to whomever they want and find their own way. I seriously can't believe I have become a parent that says, "Don't listen to that! It's the devils handiwork!"  For One Direction! Ridiculous.

My own parents never actually cared what I listened to, in fact my mother not only encouraged music, the darker the better, but took me to some awesome rock concerts. She even bought me drinks. I think I was ten at this one, Rod Stewart. Good times. I think the first lyric that really stuck with me was "welome to hell, mother f****rs!" 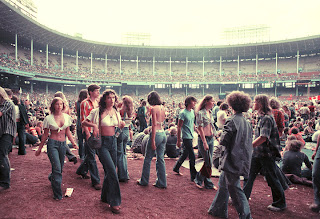 So I will lay off for now. At least they are not listening to Marilyn Manson or going to rock concerts in tube tops with their mother.

Posted by Rhonda Talbot at 4:31 PM