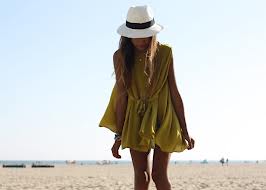 My latest story in The Rusty Nail Magazine, click above link or read below. Thanks!


The day Coral graduated rehab, she was asked to become a counselor. The hours were good, decent wage, and the only requirement was having a valid driver’s license.

“Sure. I love helping people.” Coral actually had little regard for others, but needed the job. She knew she had blown her opportunities as a registered nurse in one short year after getting caught stealing meds. A darn good job too. But she was programmed in rehab to “not regret the past.” So she didn’t.

Coral was considered a “lightweight” drug user, or a party girl, taking painkillers recreationally with champagne chasers.  There was nothing remarkable about Coral’s looks, but the pills and booze gave her a sense of belonging in otherwise out of reach trendy clubs.

After she was fired from the reputable hospitable, and having forgotten to pay her rent for a few months, and after her car was repossessed, her parents flew out from Michigan and drove her to Belle Grande in West L.A., hoping their prized only child would straighten up.

They had spent over half a million dollars on Coral’s education, first a prestigious private high school, then Sarah Lawrence. Her Healthcare major was a big disappointment, intensified by her utter lack of ambition. Coral’s ability to obtain gainful employment softened the riff between them but it did not last. Of course, the rehab sticker price of 40 grand didn’t help matters.

Coral enjoyed the recovery center, and met some colorful characters, “hipsters” that generally would never associate with her on the outside. Musicians, writers, and a few actors on TV network shows. The people were similar to those at the cutting-edge clubs, except now they talked to her, laughed with her, even if communal participation was mandatory. Coral did not mind.

Most of the addicts were entertaining, droll, some quite attractive.  Coral felt this was the real reason she had moved to Los Angeles in the first place. Sure, she loved nursing but it was not a coincidence she chose Los Angeles when looking for a job.

Belle Grande boasted a sequestered section referred to as the “hopeless cases,” the junkies, who were kept in their own special ward, sealed off like contagion. She occasionally saw them in the meal hall huddled together like a zombie brotherhood. They intrigued her the most with their Twilight mystery and sexy allure.

Much to Coral’s delight, this would be the group she would be assigned to. Newcomer “techs” were low on the rehab totem pole thus she was relegated to the scourge.

On her first day, Cora wore a tight, black miniskirt, a tank top, heels and black eyeliner hoping to impress the junkies.

She was in the office punching in her employment card.

“Hey. I’m Bobby. You’re counselor buddy.”
“Oh. Wow, really?” Bobby had graduated from the contagion unit just as she was entering the facility.
“I’m in Antioch now studying addiction counseling,” he offered without prompt.
“I’m a nurse. How funny.”
“Not really. Nurses have an incredibly high rate of addiction. I learned that recently.”
“Oh.”

Coral couldn’t believe her luck, working alongside a celebrated musician who had jammed with Springsteen, The Foo Fighters, Dylan, Joanie Mitchell, and the Stones!  Then came his legendary fall into drugs, rehabs, and relapses. Though she was puzzled as to why he would give up his glamorous life, just toss it away to work toward some therapeutic degree; Coral deducted it had to be part of a plea bargain to avoid jail time.

Coral had an outrageous crush on him. And had for years. Though old enough to be her father, she saw him as a kind of John Mayer plus 30 years more hard living.  Her heart was pounding but she had been trained to slow heartbeats and quickly brought hers down. Breath deep, tense muscles, hold, release.

“We’ll be working with the lowest of the low, the scum. They’ll shoot you for ten cents and stab you for less.”
“What do we do exactly?”
He studied her with his famous hazel eyes.
“First of all lose that stupid skit, wear a bra and don’t wear jewelry unless you want to get shivved. Second, our job is to take them out. Museums, beaches, parks. Places they’ll hate.”
He led Coral to the ward. “Can you believe these idiots trust me with a key?”
“I used to listen to Baby I’m On My Way over and over in high school.”
“I don’t do that anymore.”
Bobby kicked open a door.
“Get your sorry ass out of bed loser!”

There were four beds, all young men covered in tattoos and heavy blankets. “Go away, Bobby.”
Bobby picked up a broom and started poking them one by one, then handed it to Coral.
“Here, you’ll get used to it?”
“I will?”
Coral swept lint off one junkie’s back.
“Yeah, keep doing that,” he moaned.

Bobby grabbed the broom and smacked him on the back of his head.

“Get up! Before the sun goes down. We’re going to the beach.”
They all grumbled and cursed.
“The vitamin D helps with withdrawal.”
Coral was pretty sure this was a lie, but they jumped up, all fully clothed, most wearing hoodies and heavy work boots.
“Who’s the hottie?”
“She’s a junkie like you, asshat. Now look at her. She’s going places.”
“I’m not a junkie, Bobby,” Coral whispered. He ignored her.
“Coral was a junked up, near- dead super model. Runways, magazine covers, the whole shebang. Now she’s got a photo shoot for Italian Vogue next week.”
Bobby winked at Coral to go along.
“Yeah, Vogue.”

But Coral was five feet four in heels, probably 15 pounds overweight and didn’t know the difference between Gap and Gucci.

“Come here, honey.”
Bobby nudged her.
The guy’s face looked like it had been chew off by a wild animal. He was missing teeth and smelled like dead fish. It occurred to Coral the junkies looked better from afar.
“You’re the only reason I’m getting out of bed. What’s your name doll?”
“Coral.”
“You wanna date when I get out?”
“I’m with Bobby now. We’re living together.”
“Okay, that’s enough. We have to get a few more.”  Bobby lifted Coral over his shoulder and for a moment she thought maybe this was all real.

Sure he had dated famous actresses and models, but Coral was convinced he was ready to settle on a less complicated girl. He would study, she would get her job back, and they would learn to control their drug use, go to star-studded parties, and maybe have a penthouse wedding at the Soho House.
Bobby drove to a semi-secluded beach and corralled the dope sick addicts onto the sand where he situated them next to each other, a symmetrical pattern of tightly woven cocoons resembling eight body bags.

“Huh. That’s a perfect Instagram.” He took their picture on his phone and shared it on a dozen social websites.

Once settled, Bobby and Coral sat nearby, Coral’s opportunity to discuss their future, but his eyes drifted off taking in the beach Barbie’s playing volleyball a few hundred yards away.

“Is that natural? Her tits are perfect teardrops. And that ass! Watch her spike the ball. Shit.”
Coral took off her heels, and adjusted her tank top to partially reveal one breast.
“Man, it’s hot. Hey, Bobby, did you know that Eric Clapton wrote that song Layla for my grandmother. She used to tell me to never get plastic surgery.”
“What? Your grandmother was Patti Boyd?”
“Yep.”
“Well, that’s odd cause’ she never had any kids.”
“I mean, like a godmother.”
Coral’s entire body sagged in shame. Of all people she couldn’t have lied about. This potential romance was doomed for good. She thought about walking into the ocean and never returning.
“Anyway, I can always get implants.”
“Coral, you know the rule. No relationships for a year in sobriety. But I don’t think that applies to normies. I bet that girl in the red bikini never took a drug in her life.”
“I’m going to get them some water.”
“Hey, get me a Coke, would you?”

Coral said a silent prayer to a higher power she did not believe in. Though she was told to surrender anything she might want for herself, she instead asked the power to force Bobby to fall in love with her.

She didn’t really want to get water for the junkies; she just wanted Bobby to taken notice of her firm ass as she walked away. She was certain he was looking. She held her breath and turned, but he was still sitting like a little boy staring at those girls like they were rare mammatus cloud formations.

Coral’s plan was to get everyone their drinks then continue into the ocean and drown, but as she approached the body bags, skeletal hands reaching out of blankets, some grabbing her ankles, she noticed one cocoon was deflated.
Coral returned to Bobby, handing him his Coke.

“Jill is not in her blanket.”
“Maybe she’s taking a piss.”
“Did you see her leave?”
“Are you fucking kidding? I can barely keep track of these girls. They must be UCLA co-eds. Jesus.  Don’t worry. Jill is probably looking for dirty needles in the sand.”

After coming up empty on Jill in the bathroom, Coral followed her tiny footsteps south. Rickety beach bungalows were strung along the coast, surfboards lining their exteriors. Coral approached a gang of young, buff dudes patiently waiting for a good wave.

“Hey, have you seen a petite girl, all dressed in black.”
“Man, what a head case. Total spinner.”
“Yeah, another Bell Grande success story. She’s working on her fourth step, snorting what’s left of our coke.” They laughed.
“Holy shit!” A perfect swell was bubbling up and off into the ocean they ran.

Jill was sitting at a small kitchen table licking the remains of cocaine from a piece of white paper. Her sleeves rolled up, sweating from the heat and drug detox, Coral noticed a dozen or so slice marks up and down her reed thin arms.

“Hey. Hi. Don’t tell Bobby. Okay.”
“We have to go.”
“I’ll never get better. You know that, right?”
“I tried to kill myself once with a disposable shaver.”
“Now that’s lame.”
Coral gave her a candy bar.

“I remember seeing pictures of you and your mom in People all the time. I would be so envious. My parents are furniture.”
“My mom is a phony bitch. I’m her show pony and could never talk. It wasn’t fun unless I was high.”

Coral would never understand what it was like to grow up in the public eye, yet feel invisible. But Coral knew what it felt like for no one to see you. No words can fix that wound.

Leading Jill back to the group, Coral began to understand why Bobby gave up the life he had. After a while, she understood glamour wore off, perhaps an impossible dullness sets in. For all she knew, Bobby’s wound was bigger than hers. He was not the answer.  Maybe she bought Jill another day. Maybe not. But there was satisfaction in knowing that Coral had gotten Jill back inside the van, to Belle Grande, alive, and Jill possibly might survive another night. Coral could try and connect with her again. Tomorrow.

Posted by Rhonda Talbot at 1:53 PM