Early days in my college, the film department like to expose their Freshman students to various directors, producers, etc. One of my first forays as an intern was to meet with directors and talk about, well, directing.

On this particular assignment, I was to go to Robert Evans mansion in Beverly Hills and read a "secret" script, so secret it could not leave his premises. They wanted to get a young persons point of view, and female. I was one of two females in the film department.

So off I went, through the iron gates, past the butlers, glancing around his palatial home filled with artwork, Persian rugs, 70's furniture, drugged up fashion models, as though I did this everyday. I was taken by this one room. Evans has an amazing collection of both artwork and photographs. 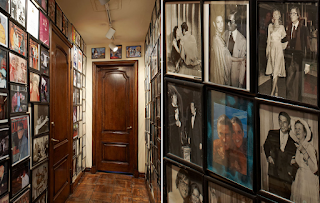 Just beyond the sitting area was a large pool inhabited a half dozen semi-clad models or actresses. They seemed to lounge around in slow motion, or just lie about. 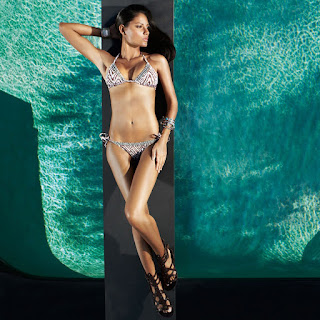 Jack Nicholson was drinking an ice tea by the pool wearing a tennis outfit looking at the girls.

Robert was sitting in his bed wearing silk pajamas where he conducted all of his work. He was incredibly pleasant. He handed me the script Cotton Club.

Evans:  See what you think. Are you comfortable?
Me:  Yes. Thanks. Should I go in the other room?
Evans:  No. You can sit on the edge of the bed.

His private chef brought me lunch as I read the script. But because it was unlike anything I had ever read, and was also completely unfamiliar with, I was ill equipped to judge. But this much I know. I didn't care about any of the characters. From the first page. I didn't care if they sang, died, became famous, had affairs or slept with the fishes.

I understood this was a Puzo gangster story set again the Prohibition era Harlem, but was also a musical. I disliked film musicals. In fact, still do. I can't bear watching them. I still haven't seen Les Miserables. I've seen the play thrice. Isn't that enough! Not to mention read the book.

Please do not break into song when I'm already having trouble following the 15 unmemorable characters. Who were all these people? I had to keep going back to reread pages. I felt like an idiot. Who was this movie for? Is that Richard Gere at the pool? Why does Evan's have such a big staff?

I set the script down. Evans was talking on the phone, smoking a pipe; surrounded by papers, scripts, phone records.  The smoke smelled liked vanilla. He looked up at me, peering behind dark eye-wear. 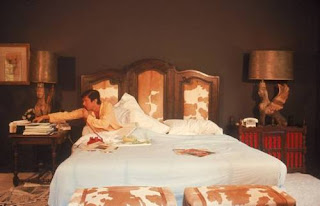 Evans: So?
Me: Well, I had a hard time following it. And honestly, I didn't care very much about anyone. No offense.
He smiled.
Evans: What would you do to change it? (puff, puff)
Me: I would simplify it. Introduce the characters earlier. Make me want to hang out with them. At that club I guess.

Of course, I would learn the long and incredibly complicated story behind Cotton Club. From this skeletal script, would come countless others, A-list casting, tons of money being thrown at the movie from Vegas mobsters, a lawsuit, a possible murder, and in the end, while not a complete disaster, the film was not the "brilliant" gem Evans had dreamed of.

There would be months and months of letters, notes, Evan's manic need to get this script into shape. 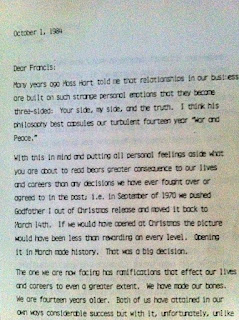 Evans saw this as his crowing achievement. But his ideas and Coppola's ideas never quite gelled. 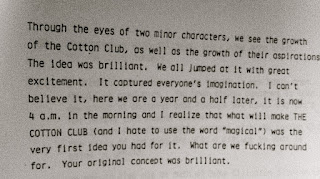 I have not seen the films in years, but this clip in a way describes my initial reaction. Diane Lane is a teenager in this movie, (as was I) this is her moment with Richard Gere where they "fall in love." I still don't see it.

In the end Evans signed off on the project, with one last attempt begging Coppola to try and fix the film while editing. But Coppola did not take any of his suggestions. 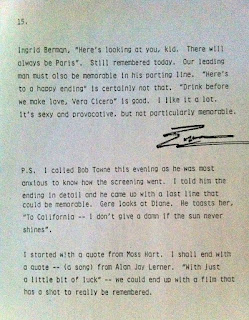 I probably will never see this film again, but as an introductory to Hollywood, the time I spent in his house, on his bed, having really no idea why I was there, looking around at the history entombed in his house and the future flitting about just outside the window in the shape of very young actors, I realize how much has changed.

Nowadays, when I have to read a super "secret" script like say, Hunger Games, they put you in an airless room filled with 20 other people, some old coffee and a box of donuts. Not quite the same.
Posted by Rhonda Talbot at 1:31 PM