OZ, The Great and Powerful 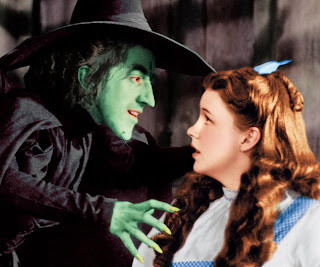 As a family we don't go to many non-animated films. Mostly because none are made. The girls are age 9, so movies marketed to their age group; Twilights, The Hunger Games, The Die Hard Series, I just don't think are appropriate.  So I thought maybe Oz The Great and Powerful might be a contender.

E: Mom, you know we hated Wizard of Oz.
Me: You never saw it.
A: See. And why would we. Creepy monkeys, squeaky small people and nasty witches with green breath.
Me: This movie has nothing really to do with the original film. It's a prequel. Like, what if there really was a flim- flam magician man?
Girls: What!?
E: Talk normal, Woman!

I have no idea why E calls me Woman, but she does.  Like, where's my plaid shirt, Woman!

Me: Let's give the trailer a gander.

E: What the hell is a gander?
A: You talk weird.
E: Mom is weird. She wore her homeless outfit today. It was gross.
A: Eeeew.
E: She also did body lunges when we walked to Larchmont yesterday. I almost cried.

A: Mom, you said you wouldn't do that anymore.
Me: I can't keep apologizing. It's almost unconscious. Let's watch.

E read the book; she loves stories about people overcoming unthinkable tragedies. So she really admires Aaron Ralston. I let her watch a few minutes of the film, the part where Franco swims in the canyon with the girl backpackers.

A:  I'd see this maybe with dad.
E:  I'm not seeing it with anyone. There's witches. Even if they're pretty. Inside they are evil. 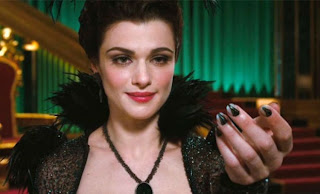 E gave me a look. I am her evil witch. And the creep behind the curtain. She has been testing me for nearly a year.  She is horrified by my mere existence. It doesn't matter what I am wearing, doing, saying. If I move my face in a certain way, perhaps, an expression of interest in what she is saying, or a slight frown in an attempt to empathize over her bad day, she screams. I should have the entire thing Botoxed. 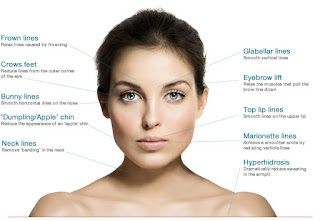 Therapist:  What does your mom do that embarrasses you, E?

E: Well, she pretends to be fancy with her words. Like she'll say, "Oh isn't that lovely." Like, fake. Or she'll smile, or laugh, or raise her eyebrows. It's all fake.
Therapist: Is there anything you like about your mother?
E: (long pause) She gave me life.

I know to not take this personally. She wants to see if I will eventually cave, be so hurt I will run away and disappear forever; abandon her. But every night she crawls into bed next to me. It's complicated.

Nonetheless, I am human. After a series of particular nasty insults during carpool; my hair looks fried, my teeth could use a wash (huh?) my jokes are never funny, I told her I found in a basket in the LA basin. Like Moses.

Girls:  Who is Moses?

I had to explained who Moses was and added a bit of biblical history, but then went off on some story, as one does, about how I found this beautiful baby lying in a wicker basket covered with a creme colored cashmere blanket. The basket was woven out of bamboo, not wicker; possibly traveled upriver after a storm then fell into some dry brush during a drought. There were no strawberries that season.

I kept going with my story because now I was invested in it. I had forgotten the girls were even in the car.

Me:  I ran to the basket and picked up this beautiful foundling, her sparkling eyes filled with wonder, blue tea cups of joy. She had been rescued. She was a survivor. She was mine and I shall call her Evelyn! 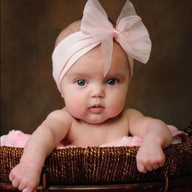 I had no idea Evelyn was crying hysterically in the backseat.

E: Mom! I'm not yours?
A: Mom is telling a story, like the Mrs. Rockbottom Found Diamonds in Her Butt story. You saw her fat stomach pictures Evelyn.
E: That was just you. I'm a foundling. What's a foundling?

Evelyn is very dramatic and incredibly sensitive. She was now inconsolable, a volcano erupting.

I pulled over and apologize for being such an asshole. I got caught up in my own homespun tale. Lame as it was. I tried to explain my writing OCD. My brain has a life of it's own. It needs a shorter leash.

Of course she was mine. Christ, she acts just like me. Hadn't she just written an epic length long story about a young girl whose mother tragically dies in a house fire? Then the girl travels 2000 miles on foot in search of her real father who had been hiding in the desert, building solar panels?

Finally home, her dad and I had to sit them both down and go over their entire birth plan. Her dad actually still has E's security ankle bracelet from Cedars. Here is where the details matter, she wants proof. The birth certificate, the Cedars blanket, pictures. 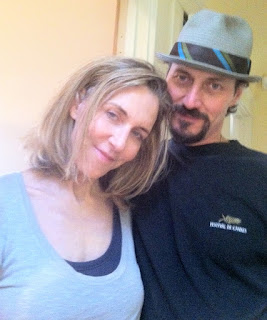 This is Rachel Weisz and Daniel Craig, one of the best looking couples in Hollywood. 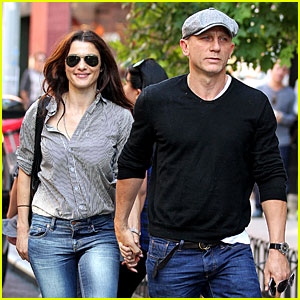 Us: See Evelyn. That's you tiny. 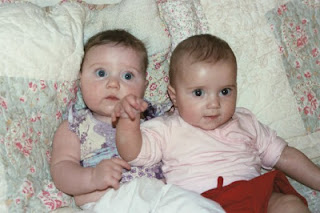 When I finally found the only ultrasound picture I kept, which indicated two babies, her anxiety lessened.

Later I had to call a dear friend and someone I consider to be an excellent mother. She has three amazing children of varying ages.  She reassured me E will be fine and she in fact as a mother had done worse.

"Please, you're a great mom. Just stop. When Carl was eleven, I told him to fuck off and go to hell. It was horrible. Then he wrote I hate my mom on the front of the house just before a dinner party."

All mothers lose it from time to time. And hadn't my own mother threatened to send me back to the "reservation" ad nauseum?

Joking around and teasing your children, which I do very rarely, can be incredibly damaging. I know this. Yet, once in a while, I will do it.

"That's it! No more computers until leap year! If you don't start brushing your hair properly vegetables will start taking root!"

The problem is the kids take this seriously, my dreadful attempts at humor. Parenting alone is already a very fine wire walking act and constant day- by- day attempt to hopefully not mess them up for life.

Many adults often don't understand my humor, so how in the world would a child?  Kids take everything so literally.

"Oh my god. When is leap year? Can any vegetable grow from your head? Like a potato?"

So, going forward, I will stick to telling them Mrs. Rockbottom stories they know are fiction, and try to do "mother" things; which honestly elude me.

So once again I'm reading books, because now we are heading into early teen years and I am frankly clueless.  Start with the simplistic, like "How to act parental with your pre-teen." I'm not even at the "How to parent effectively." First I have to simply act like one.

Of course my first trial run as "acting like a parent," both girls rolled their eyes. I put on a real outfit and was making breakfast.

Girls: You are totally creeping us out.
Me: Why? I'm making omelets and talking about your homework. Then I will move onto cultural events and the arts.
E: Mom, please just go back to how you were. Put on your ratty bathrobe. We don't want a fake mom.
A: Yeah. We like the other one better.

Me: Really? What a relief.

I immediately relax and started dancing whipping eggs. I know they hate this, but I need to be free. I love to exercise when doing mind-numbing chores. 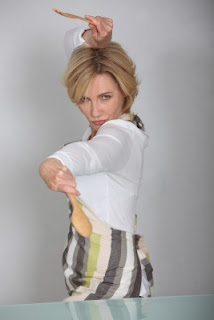 E: No matter how much you exercise you'll never look like a real dancer.
Me: I know honey. But I can feel like one.