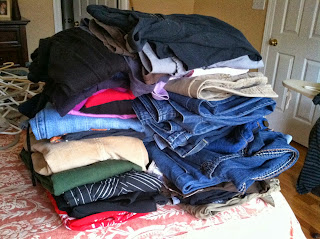 Having been a student for a number of years, my son has his routine down. Leave two days before his first class without a place to live, grab a backpack with some books and travel 3000 miles to said college. He also leaves his entire wardrobe laid out neatly on his bed, dress shirts on hangers, for me to box up and send to Pennsylvania.

Son's text: Oh, Mom. Think I found a place! No need to send the hangers. Plenty here. Thanks!

Me: What about a coat?
Son:  Nah. Coldest it gets is about 25 degrees. No worries.

Everybody on the East coast can spot the kids from California because they wear T-shirts and flip-flops in a snow blizzard. 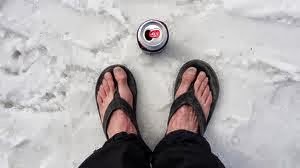 I actually like going to the post office because I love talking to strangers. One of the reasons I enjoy traveling. The people you meet are full of surprises, often fascinating and kind to a fault; the way true friendships ought to be. Until they become complicated.

After stuffing my son's clothes into some boxes I found in the garage, I also enclosed dried mango, Emergency-C packets, a box of vegan cookies, artwork from his younger twin sisters, and a book of Einstein quotes.

Hauling in my hefty parcels, I was met with a long row of postal workers giving me the stink eye from behind their glass cages. 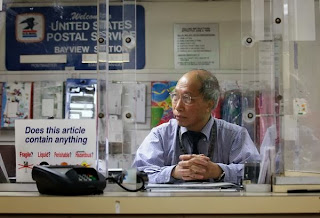 For a second I thought maybe I was on the TEN Most Wanted wall, but then realized what was happening.  In my efforts to recycle and fulfill my environmental duty, I had neglected to look at the actual containers which read "Liquid Contents," and "Handle with Extreme Caution."

(My twins are avid lizard and snake collectors, 20 last count. We receive weekly packages of frozen, dead mice, along with other supplies, all packed in ice.)

Not to mention I had taped gaping holes and constructed the lid out of construction paper. 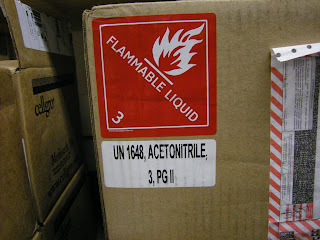 I should have consulted Pinterest Tips on Shipping. My god, these people have field days wrapping boxes! A true art. Who knew? Yet, a hobby. Who has time for that? I wish I had time like that. 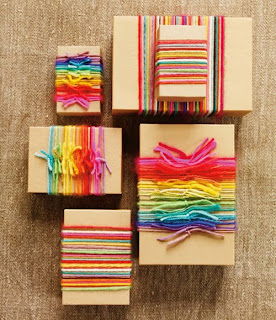 I had to take everything out and repack with priority boxes that cost ten bucks a piece, plus their special tape, another eight dollars. But I met this lovely woman. She too was packing a college-bound box, for her grandson, Hillel. 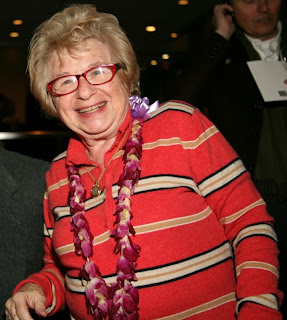 Okay, so it wasn't Dr. Ruth Westheimer, but she had a similar glow. I wanted her to be my bubbe.

"Wow! You have some real goodies in there," as I inspected her perfectly shippable box.

Homemade sugar cookies, bagels, frozen blintzes, pastries, latkes. There seemed to be no end to the food. Dried mango! Really? This is what I send my beloved son?  I needed more noshes.

“And they're all kosher. Looks like we are doing the same thing. My grandson,” Dr. Ruth said wistfully. “He’s a freshman in Wisconsin. They don't know from kosher."

Another children of the corn college. What is it with California boys needing to be surrounded by wheat fields and Christians?

"Where did you find kosher donuts?"

She looked at me and smiled. I was going to lie and tell her I was half Jewish, but I couldn't. I needed a grandmother. I was feeling completely inept as a parent with my crap box and lack of latkes.

"Oh, I'm an honorary Jew. I mean, my mother was not Jewish but all of my friends were and their moms were like my 2nd mothers so yeah. I almost had a bat-mitzvah." 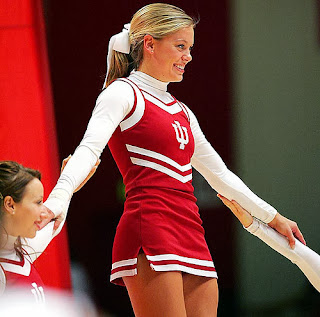 Dr. Ruth went on to tell me about this special bakery off of Fairfax, the Hasidic district. But I think she was just being nice, because kosher food is readily available everywhere, even Ralphs.

We bonded immediately. She told me all about Hillel, tears in my her eyes. His love for Legos, chess, how he traveled the country by rail after his senior year in high school, his summer in a kibbutz.

“They grow so quickly!”

“But they never really leave home,” I reassured.

She put her arm around me. I started to cry. Not because I missed my son, though I did, but because no one had never sent me boxes of pastries at college or even cared enough to call. I never knew my grandmothers. Dr. Ruth was so doughy and soft. My fantasy grannie.

“Oh, dear, you're shvitzing.” She handed me a neatly folded, delicate handkerchief.

She held me tighter. I showed her the twin’s handiwork of gekkos in the desert, gekkos basking in the sun, gekkos in a flowery garden.

“Look at what his sisters made him. They are knitting a wool cap as we speak." 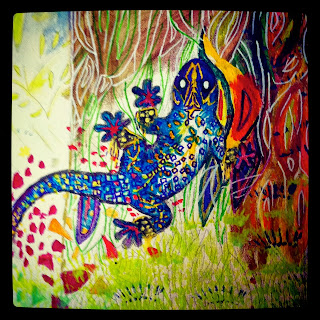 “It’s beautiful. He will be so happy. These kids are so far away. They need a touch of family.”

Then kind of conspiratorially Dr. Ruth said, “Hillel's mother is an important businesswoman and often doesn't have time for such things, but Hillel is a special boy. I just don't like that he is so far. Is UCLA such a bad option?" 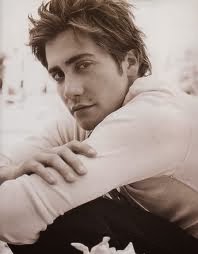 “Well, she wasn't your typical grandmother. She lived on a remote island and frankly I’m pretty sure she didn't even know he went away to college. She didn’t notice when I left for college. But… from time to time she would send my daughters poems and dissertations they couldn't read." 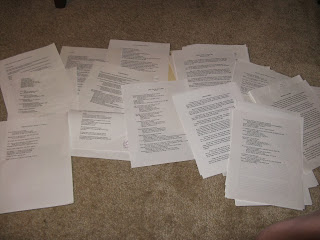 "My mom was an artist. Writer, painter, sculpter. She had two PHD's in poetry.”
"Neat. That's fantastic. You must be proud."
"Yes, she was awesome. But she got the cancer. She died last year."

Now I'm really crying, ridiculous. Grief is odd, I trusted my new bubbe.  My son went to a few raves, never a kibbutz.

"My boy does really well in school. So smart. But I don't want to sound like one of those helicopter parents."

"It's fine to brag sometimes about your kids. The rest, I don't know, some of these parents today are meshuggah."

Dr. Ruth was putting Challah bread into my box. I let her.

"My mom and I were similar. Now I have no one to call at the most difficult of times. I miss her constantly. I need to stop crying."

"She's in your heart. Forever. Always looking down on you."

I sighed and shook off the tears. "Sorry about that. Thanks for talking to me. You are so very kind."

“Your son is going to be just fine.” Then she wrote down the address of the kosher bakery. “Even their gummy bears are kosher. It’s amazing.” 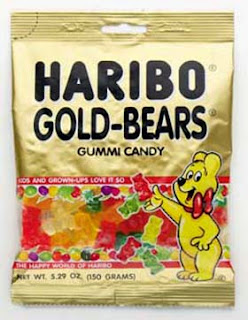 “That’s nuts!” I couldn’t think of a Yiddish word for amazing.

My shipping box was finally finished and really it was a thing of beauty. I decorated it with hearts and flowers and robots and gekkos. It cost $240.00 to mail.

As I was leaving, my new bubbe smiled and said something in Yiddish I couldn’t comprehend.  I know the word good-bye in probably eight languages, but this was tricky. I went blank. But then it came as natural as true friendship.

I left feeling lighter, warmer, then noticed on the slip of paper along with the kosher food bakery  Dr. Ruth had left her phone number. Maybe my mom really was looking down on me.