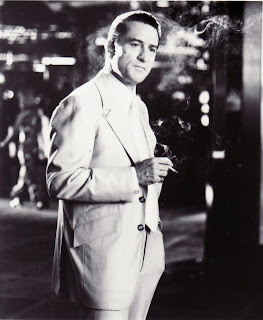 It turns out one of the 10-year girl twins is very similar to me. Well, they both are but I was hoping they would be spared. This is about Audrey. In the short form sent from school they ask a series of questions.

Probably not the most common answer, but it’s true. Sure she likes praise, but it has to be real and she has the same phony detector I have. She loves to earn. And she loves to be recognized for this hard work.

For the past couple years, she’s been giving me chore lists, and it grows and grows. Everyday after school she runs into my office. 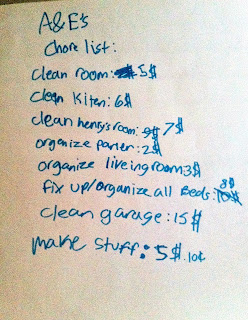 A: What chores can I do right now before homework and how much can I earn?

So I tell her to empty the dishwasher, reload, sweep the floor and wipe down the counters. 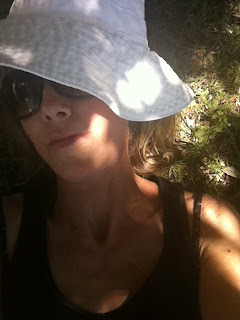 A: Technically you are not the boss of the world. And you know I’m a great artist. Look. 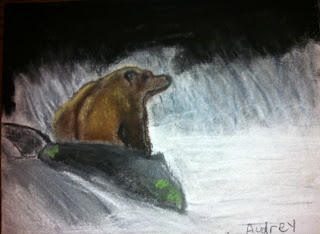 Me: True. It’s different painting a house. You need a scaffold.
A: What? Derp.

She stomps off. Audrey is a short-tempered entrepreneur.

Between the two girls they have amassed thousands of watercolors, drawings, oils, bracelets, bangles, entire outfits sewn with Marc Jacobs and Vivienne Westwood fabrics. They never stop. But Audrey wants money. Her sister has no interest.

Then she’ll throw me a piece of artwork. 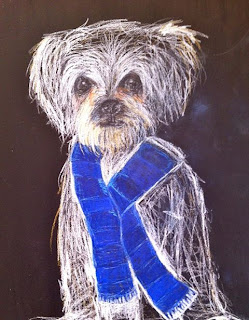 By age ten, I was also well on my way.  On Halloween night, I would roam the streets of Detroit for hours until I could no longer lug my candy- stuffed pillowcase. I would wait a week, then as the more sloth-like kids ran out of their loot, I sold them mine.  We all met in the school parking lot to divvy up the goods. Almond Joys were most valuable, Mary Jane’s least. I had a system that pushed 100 bucks into my pocket each time.

Then I started putting on magic shows that were so lame some of the five- year- olds demanded their 50 cents back.

“Watch me pull a rabbit from under this picnic table.” I would yank the plastic table cloth and pull out my pet Frodo.  I made no excuses for my sheer laziness: a neighbor’s dog ate Frodo later putting the kibosh on my one and only magic trick.

I also raked leaves, went door to door and ask my neighbors what they needed. One woman had me lick stamps (for Abigail Van Buren,) another had me accompany her on visits to her diseased husbands grave. “George. Can you hear me?” Weird.

Then by age 11, I was babysitting watching TV.  Big bucks.

By 14 I was working in a drill bit factory for $75 bucks a week, a lot of blue jeans and albums. But it was so boring, I thought there had to be a better way. So I robbed a series of banks by hooking up with an older sisters hoodlum boyfriend who cranked out fake checks in his garage. We were surrounded at the bank and caught, but they let me go. 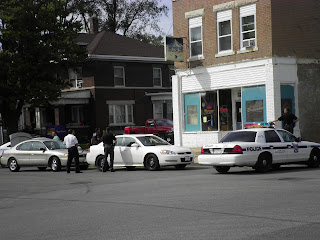 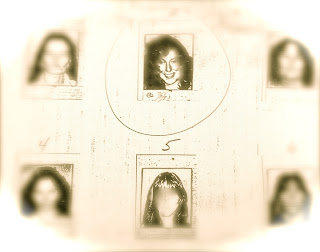 When college rolled around, I had maintained straight A’s in high school, so I was eligible for nearly every scholarship. Thousands of dollars.  I even applied to scholarships for African American amputees and won. Only because no one else applied.

I was financially flush, and at 17, had a sweet cottage right on Pacific beach, a corvette and some snazzy outfits. 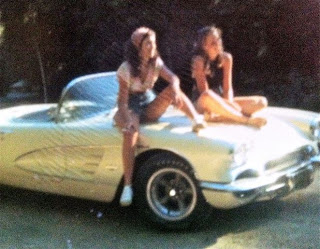 This is when I met Robert DeNiro, Or Sam “Ace” Rothstein or Frank "Lefty" Rosenthal. Despite all my money and heavy academic workload, after I learned you could make a quick buck dealing cards, I did just that. And was their “star” dealer because I was fast and good with math. Even when the guys lost, they tipped me. I easily made 200 bucks a night.

But I also quickly learned how to play. And I made more. No one thought some teenaged girl would rake in pots, but I did.

Frank "Lefty" Rosenthal was a regular and when he entered the Lady Luck, everything went quiet. Clearly he was the most important person in San Diego.  He always had this floozy older busty woman with him called Peaches, his good luck charm.  But then I started taking him down. Hand after hand. He fell in love. 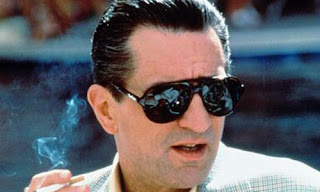 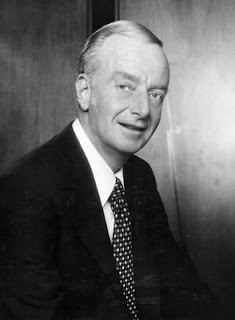 More this guy, ^ ^ ^ slightly older, with glasses, in a track suit wearing 50 pounds of gold jewelry.

A few weeks later I moved in with Lefty. Peaches moved out.  He had a penthouse overlooking the ocean. I put my artwork and photographs on the wall to make the place homier. 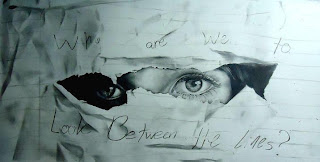 Okay, so he was my grandfather’s age, but I adored him. He was so smart, funny, and feared which made him sexy. I had no clue as to his past. And he thought I was some sort of goddess. He never tried to have sex with me, which was perfect because I hated sex. Instead, we made fat free yogurt and played gin rummy when I wasn’t at school.

Lefty was an incredible numbers man, the best horse race handicapper there was. In his office was a huge cork board filled with numbers, charts, and words like Beyer figures, track base, and form cycles. I had a mind for math, and enjoyed discussing this board. In fact, he wanted my input and often used it. Then would give me my take on his share. More money.

“Go with the trifecta, 4, 7 and 12.” He would and we’d hit. Picking horses seemed obvious to me. I would factor in history, their health, the length of their neck and legs, the alertness in their eyes, their record, and more importantly their owner. How they were treated meant a lot to me.

If only they had computers back then, poor Lefty who was nearly blind needed an excel sheet. He wore these goggle glasses and shouted numbers and orders on the phone. Men in suits carrying bags and billfolds came and left. 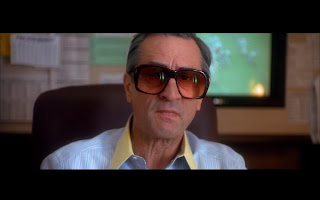 He often went to Las Vegas and I went along a few times. Though I was now 18, I was still too young to go on the floor.  But Lefty made me an I.D., not that they would have questioned him and he taught me how to play craps. And I won at that too!

This all may explain why Casino is one of my favorite films and I've seen it 25 times. Who knew?

All the while, mixing this life with my academia. I was in film school, one of three females. I was also the best student, not out of any kind of genius but because I worked hard and needed to be the best. While we all got along, I grew tired of being in everyone’s short movies and plays because they needed a girl. Acting was not my thing.

“Pretend your entire family is being held hostage by a madman in the next room. You have to save them."
"I'm holding a plunger. This is so stupid. I don't even care about my family."
"It's acting! Come on, I need an A! Look horrified." 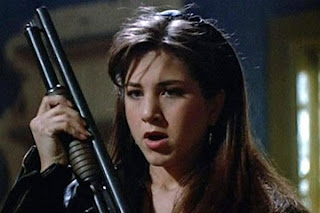 My horror face. ^ ^ Also how fun to learn Jennifer Aniston was in a movie about sadistic Leprechauns. She's adorable.

I loved the film department but mostly hung out with my professors. One of them also lived in Hollywood pursing his producing career so I came to LA often and met tons of producers, actors and directors. From Mick Jagger to Tom Cruise, Michelle Pfeiffer, Jack Nicholson,  Ridley Scott, Martin Scorsese… heh.

In my sophomore year, I realized I had to give Lefty the boot. I needed to be with my own kind. Hollywood. And to finish school. Stop living a double life.

One day while he was at the card club, I moved out. Just disappeared. I heard he went to a dive bar and cried for seven straight days. Then Peaches moved back into his penthouse.

But I was on my way. I had sold a script to Hollywood about my double life with a gambler to Michael Douglas’ company.  It sold for $125,000. I just kept making money.

Of course I thought this would be the norm, write a script, sell it, do it again. I sold a few more, but then started working at a production company so I could make real big bucks. And actually get movies made. I met with Sherry Lansing and Sue Mengers for tips. They were incredible.

“People are a whole lot more stupid then they appear. Cover your ass, placate their egos and don’t sleep with anyone unless it’s a real thing.”

This came from Sue. She was ending her career as the most powerful female agent in Hollywood but had much to say. We would meet in the ICM bathroom, her throwing out juicy tidbits of info while stripping off her clothes changing for a party. 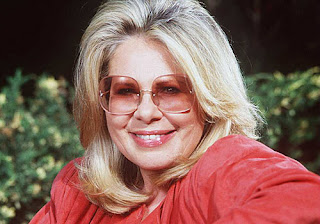 As I watch my little 10-year old girl running around, organizing, planning, scheming, there I am all over again. But what she has that I didn’t is a mother. And a father. We can make sure she doesn’t hook up with an old gambler, or hang out with crazy movie stars. She will get solid direction. She already has a solid foundation.

But not all kids without parents are so lucky. A lot of my mentors came in the form or teachers, friends parents and older industry vets. Lots of help along the way.

Meanwhile, I think the 10’s will be just fine.  But I need to come up with some more moneymaking ideas for Audrey. Otherwise they will make good on their promise, move out and get their own apartment. 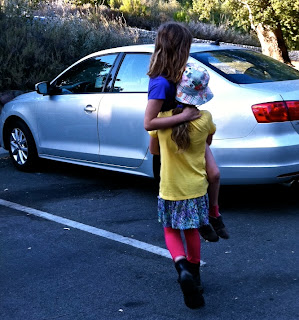