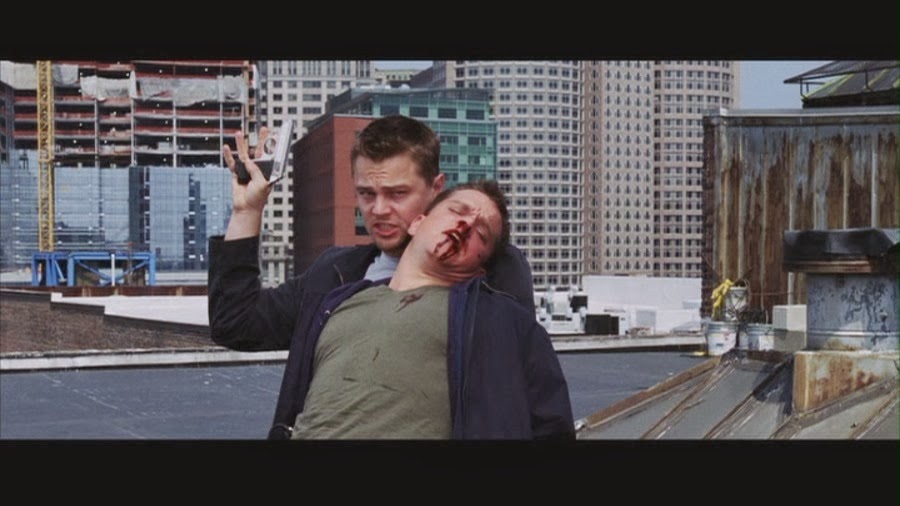 1)  The Departed - Martin Scorsese
While Wai-keaung Lau Internal Affairs was considered a masterpiece, Scorsese fine-tunes by upping the stakes, and adding black humor using a script by William Monaghan. By adding a layer of high-wire tension without taking itself too seriously, the film is more enjoyable, a thrill ride. And who can forget the exceptional cast? The film went on to win an Oscar for best picture.

2)  True Grit — Coen Brothers
There will always be people who will forever love the John Wayne original and even think it blasphemy to have remade this. Yet the Coen brothers made “Rooster” more human. He was tortured and crass, made obvious by his alcoholism, but of course an expert with a gun.  Jeff Bridges outshines in this role, with a great supporting cast.

3)  Ocean’s Eleven — Steven Soderbergh
It would take a master director to compete with the Rat Pack original by Lewis Milestone and that’s exactly what happened. While the same story, Ted Griffin’s script is much smarter and makes use of the technology now available.  Soderbergh delivers a funny, slick, entertaining and sexy movie with the some of the most watchable actors Hollywood has to offer. It stands on it’s own.

4)  Maltese Falcon — John Huston
Many filmgoers are not aware that this Dashiell Hammett novel has been made twice before. But Huston’s version is so well done no one questions the projects origins. Huston’s film is sexier, darker, wittier and more courageous than the previous. Though we lose Bette Davis, we gain Humphrey Bogart.

5)  Airplane — Jerry and David Zucker
Based on an actual plane-in-trouble thriller from 1957 called Zero Hour the filmmakers and cast have enormous fun in sending up every possible scene. Leslie Neilson has a comedic field day as Dr. Rumack from the original. It’s great fun to watch them side-by-side.

6)  The Thing — John Carpenter
John Carpenter swaps out the fear of Communism for Aids, without losing the intended paranoia that wreaks havoc with a small band of scientists. Using an amazing cast, he weaves through this bone-chilling and insidious thriller, by far eclipsing the original with a horrifying and ambiguous ending.

7)  Little Shop of Horrors — Frank Oz
Though the original gave us Jack Nicholson, this remake is completely demented, in a good way. With all of its dark humor, quirks and fun cameos, this is a quite an enjoyable film, even if you didn’t like the play. It’s worth a view if just for Steve Martin's deranged dentist.

8)  Fatal Attraction — Adrian Lyne
Again, not well known, but this was based on a British TV thriller called Diversion. Lyne takes the material and delivers one of the scariest, cautionary tales of all time.

9)  Insomnia — Christopher Nolan
Nolan remade this Scandinavian thriller adding a layer of film noir, and an impressionable cast that alters the texture of the original. While the original is excellent, this remake infuses it with a higher realm of excitement. By setting the film in Alaska, the movie is incredibly claustrophobic adding to the overall tension.


While Delmer Davis delivered a strong Western for the time, Mangold, with the help of a tight script, stunning visuals and dead-on casting recreated a story that now remains one of the best Westerns ever made. His direction never lets up and completely blew the lid off the original.

Rhonda Talbot weighing in on film remakes. Sometimes they are  better than the original.
Posted by Rhonda Talbot at 10:14 PM