The Wolf of Wall Street in Me 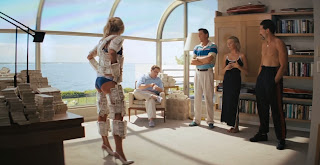 Though I have written a great deal already about this movie, because it’s stayed with me for nearly weeks now and with each scene replay, another level of truth revealed, I felt compelled to sort out some thoughts.

First, I loved the film. And I still love the film, every frame, moment of action and piece of dialogue. To me, Martin Scorsese made a masterpiece, a true reflection of our times, a movie that needed to be made. It’s audacious, exhilarating, depraved, captivating, relentless, funny, sad, tragic, angry, violent, unapologetic and finally true.

Because I have such a strong opinion, I’m constantly met with people who hated the movie, hated!  A film so polarizing fights breaks out online, in public, maybe on subways, who knows?

“What about the victims?” the haters constantly ask. What about them? If you watch closely they’re included in the movie. And out. We are all victims. This is the world we live in, so brilliantly illuminated by the last scene in the film. Here is an ex-convict, a sociopath who lived a drug fueled, depraved life stealing people’s money and breaking laws, yet rows and rows of sad, desperate people are hanging on his every word.

“Tell me the secret to riches, Jordan!”

Martin Scorsese did not glorify Belfort or his cohorts. They are on ugly display like the very worst of reality shows, a horror movie of indulgence, decadence and disgust.

To me the film wasn’t just about Jordan Belfort. It was about our capitalistic and materialistic world, mirrored back to us. It's about money worship and greed. Great art reflects the times, going back to cave paintings in the early Bronze Age. How is this any different? Mirror-mirror.

I came away exhilarated not just by the film, but because someone had to courage to make it, to throw the truth back in our faces.  Human nature is complex; we are all capable of doing anything. For someone to think otherwise simply means (to me) they can’t reconcile their own desires. So Scorsese gave those people an out. The film is so brazen and over the top, all the do-gooders are off the hook for any greedy thought they may have ever had.

I personally find sociopaths entertaining to watch. If the fictionalized Belfort played so brilliantly by Leonardo DeCaprio was anything less, there would be no film.

When Jonah Hill, also brilliant in this film, burns FBI warrants, there was a part of me right there with him. F**k the government. Haven’t we been screwed over long enough? Scorsese managed to make me grapple with, even if for a second, my own morality!

Of course I would never do that. Which is why this movie is so important. We watch people act out ideas, plans and plots that many people can only fantasize about.

But: People love to judge a sinner. It makes them feel superior and excuses their own less than admirable behavior.

Perhaps it’s only those of us who understand so-called “sin” that can fathom how easy it is to cross lines. Scorsese certainly faced down demons.

It’s been a long time since a film has affected me so strongly, both intellectually and viscerally. Where is the truth in art anymore? Where are the films? I live in fear of losing Scorsese and other filmmakers who are not afraid to show the ugly side of human nature. Because it is there, whether people want to believe it or not.

To me Belfort is no more dangerous than a TV evangelist who preys on the weak, fleeces their bank accounts, and makes them promises that will never come to fruition. Then he goes off to live in his mansion, drive his Rolls, launders his money and carries on with a very depraved sex life. I’ve seen it.  How are they different? Because he is preaching god rhetoric he gets off the hook?  It’s all bullshit. 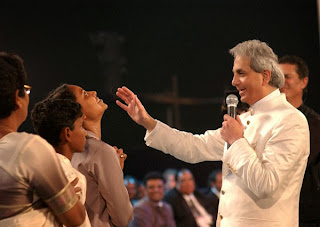 Call me cynical but I’ve seen way too many conmen and gurus selling god and riches to saucer-eyed people that just want their piece of the American pie.

“Tithe me 10% of your paycheck and I promise you will have all the wealth you’ve ever dreamed of,” said the man with the crooked halo. And these transfixed people pull out their checkbooks.

I won’t even begin to discuss the government, possibly the largest cauldron of conmen.

Perhaps because I grew up with a con artist, one day we lived in a car, the next a mansion in Belvedere with a view of San Francisco, that I have a broader view. After tiring of that way of life, I went on my own at 15, studied hard, went to film school, and ta-da. More conmen.

The film business felt like home:  Despicable liars selling dreams to unsuspecting “investors” so this dentist or that doctor can say they met a movie star. Then the movie bombs, they lose money, write it off on their taxes. They knew the risk. How is that different? The producer goes on to make more movies, finds a different set of gullible people. It happens everyday. While this was not the way I chose to earn within the film business, it happens all around me. 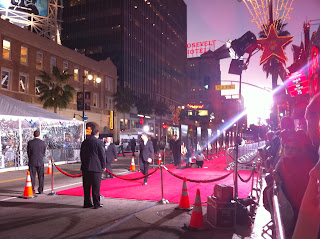 My first exposure to Hollywood was during freshman year at college.  I was living with a professional gambler, putting myself through school on scholarships and my poker earnings. Say what you will, but poker is a game of skill. And it's legal. Somehow I became very good at it.

The "star" film professor thought my life would make a fascinating film. I thought he was ridiculous, but he seduced me into Hollywood, where he also had a 2nd home. He introduced to me to lots of high profile people, one of the first being Hal Ashby.

Of course I knew who Mr. Ashby was, we studied him in film school. He lived in Malibu, a beautiful house, all clean lines, and modern furniture and in the middle of the living room, a large glass table.

It seemed everyone in Hollywood had a large glass table. Then I learned why. There was a mountain of finely sifted cocaine sitting in the middle. All the guests had rolled up hundred dollar bills they kept tucked in a pocket or behind their ear.

Hal was incredibly kind, funny, humble, and mad intelligent; he had me under his spell.

So here I was, 18, being offered my first line of cocaine. Everyone there was an agent, producer, actor or film executive. They were all ripped out of their minds on coke, fake Quaaludes and champagne. I tried it. I liked it. I got it. 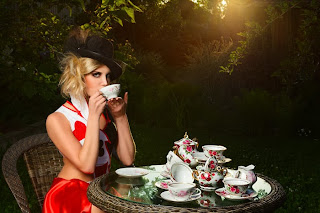 That was many, many years ago.

We live in a culture where millions of people put money before anything. And if they believe a drug will help them achieve their means, they will take it. Cocaine still exists and when I witness a film exec pull it out of a hidden desk drawer I almost gasp. You can’t be serious? Then countless people run on Adderall or pick your prescription drug, to give them that edge. And it’s getting worse. 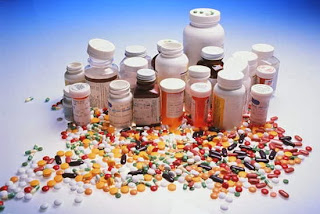 A friend a mine said he understood why I loved the film but felt it might leave a bad impression on the youth of America. But every kid I asked that saw the film understood Scorsese’s intention.  They did not judge it, they did not want to go to Wall Street and figure out how to be Jordan Belfort.

Instead, the scene these kids talk about over and over is the fictional Belfort hypnotizing a group of slacked jawed, hopeless sad sacks; how this crowd was more interested in what a sociopath had to say to than any FBI man with integrity.

Young people understand this film far better than many of the generation that lived it. I am not worried about them.

We are living in a culture that idolizes the obscenely rich: movie stars, reality stars, tech stars, rap stars, rock stars, pop stars. Many of the young people have zero interest in this nonsense.

But others, a bit older, hordes of people who've been working an honest life, now just want, but lack any further work ethic or imagination on how to achieve. These people fall into the hands of conmen all the time.

Martin Scorsese did the world a favor. Here is what that world is. Empty. Soulless. Animalistic. There is never a place to arrive. Except to want more.

I feel actual grief for people today because they have fewer role models, so few people to tell them the truth; joy, happiness and fulfillment comes from within. Period. Sure, it’s nice to have money. But it can’t fix a broken person.

Post script: I love Leonardo DeCaprio, always have. So it was especially enjoyable for me to watch him run the gamut of acting, including having fun despite the subject matter.  Finally a film where DeCaprio's wife doesn't die, his kids go missing or he isn't killed. :))

DeCaprio on Wolf: "The attitude of what the characters represent is ultimately everything that is wrong with the world we live in."   Yep.