On Why Thelma and Louise Will Live On Forever 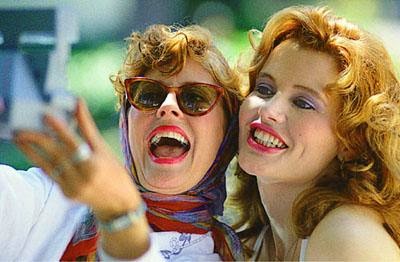 So, it finally happened. My young daughters received their first wolf-whistle while we were walking to town. I was a good 20 feet behind them, but well, reacted as I'm wont to do.

"Hey asshole! Get back here you spineless pr***!

I threw my water bottle at his car but he didn't stop. Had he turned around I would have knocked him to the ground with my massive  handbag then stomped on his genitals. Instead I just fantasized. Meanwhile my daughters were blissfully unaware of the entire ordeal.

Which leads me to Thelma and Louise.

Though I spent most of my professional career acquiring movies for large companies, be it through development, script, packaging, financing or an actual screening, nothing prepared me for or has since affected me as much as the film Thelma and Louise.

This was early days in my career, about to see a picture I knew nothing about. I worked with the principals of a few large companies, so how it worked was--- I was based in Los Angeles dealing with movie people to find films, and when the principal/owners came to town we made the "rounds," meeting with agents, producers, etc or attended film festivals.

One boss (will call him Q) and I were meeting with various people and decided to drop in on an old producer friend.

Producer, in typical huckster pitch style: "Hey, I've gotta bunch of films in the can. Wanna have a look?" 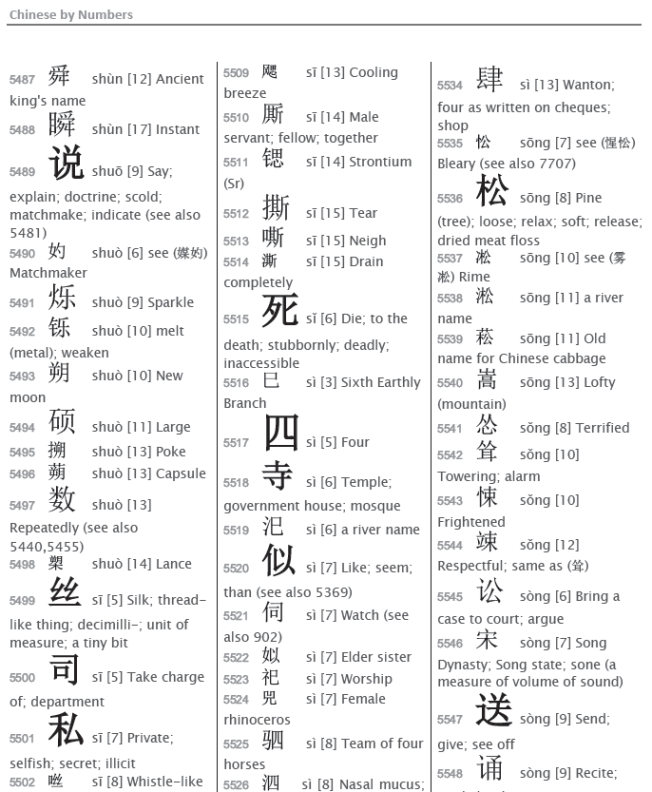 Q and I scanned his menu of movies, a number of them quite interesting, many looked like code, but I was stuck on one.

Thelma and Louise: "A road trip comedy about two gals that get in over their heads. Lots of fun and soaring action."  (The producer made up his own loglines.) Directed by Ridley Scott, starring Susan Sarandon and Geena Davis. He showed us the trailer, looked amusing.

Me: I like this one.
Q:  Fine. I like Ridley.
Producer: Great. I can't unload it. This sure aint gonna win any Oscars.

Q bought the film right there.  The deal was closed in 40 seconds and we were ushered into a dark screening room.

The film begins. I knew instantly this was a not a "funny road trip comedy." I was riveted from the opening scene of wide expanse before barging into a small town diner. As the movie progresses, I watched Louise, forthright, intelligent and full of helpful advice, stuck in some claustrophobic cafeteria, and then the vulnerable Thelma trapped in an abusive, oppressive marriage, acting out some 50's housewife version of a woman. They are about to embark on freedom, but in a world that does not allow that for women.

I knew I was about to witness a revolutionary film. 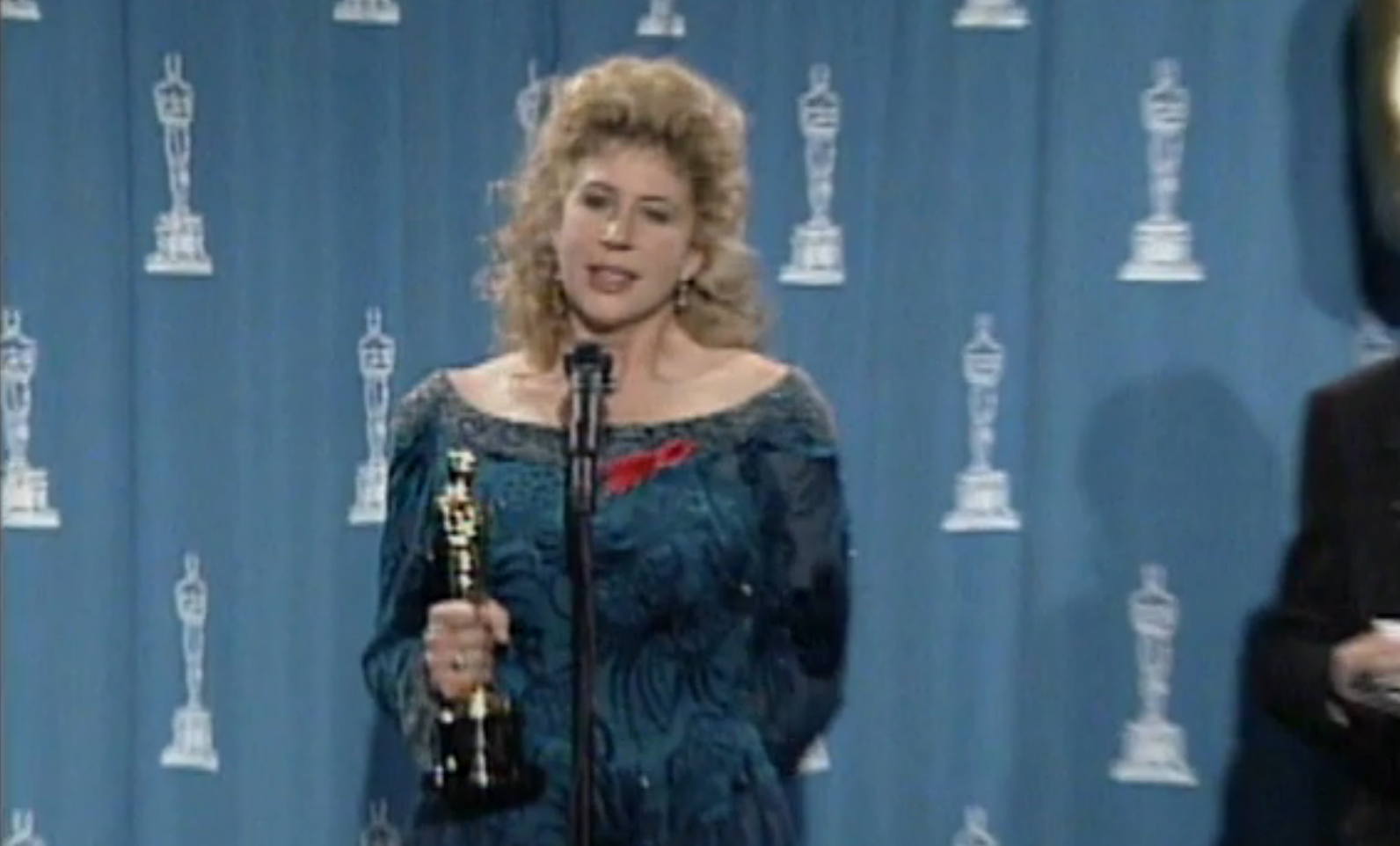 "Women who are completely free from all the shackles that restrain them have no place in this world. The world is not big enough to support them. They will be brought down if they stay here," Callie Khouri.

I've loved everything she's ever written, including recent amazing Nashville. I also love T-Bone Burnett so it only makes sense the two would collaborate.

So yeah.... It can be awkward sitting next to your big boss, in the quiet dark, choking on emotion. He knew I was crying and he also knew he had made the right choice. He loved the film.

Why are men allowed to act out their base impulses and never be held accountable?  Why do they rape and not go to jail? Why do they glorify the "perfect" women, objectify them, without considering what this might mean?  All of this strongly resonated with me, as it did with so many.

Q was much older, and was not only an amazing businessman, mentor, teacher and friend but also the first male figure in my life that honored women. He treated me with as an equal and respected my decisions.

In any case, I missed the 20th anniversary of this film due to the on-goings of my own life, working and raising twin girls. The reason I write this now is because over 20 years, nothing has changed. Women are still treated like sex objects, and maybe even worse due to the media's bombardment of all things that sexually exploit females. Everywhere I turn I'm staring into another American Apparel pornification ad.

Most women I know understand this:

It took me a while to comprehend that given this film was such a success, and unquestionably iconic, other films with strong female leads, laying out the truth of our world, have not been made. There was momentum, but then it stalled quickly. Since 1991, the women in Congress has dropped, women holding executive positions in Fortune 500 has dropped, and women in any kind of power position in the media is depressingly low.

Number one reason remains: It's a man's world.  Sure, we all know this, but somehow a part of me thought by now the tides would have turned.  But sadly no. Women who step out of line are still severely punished. 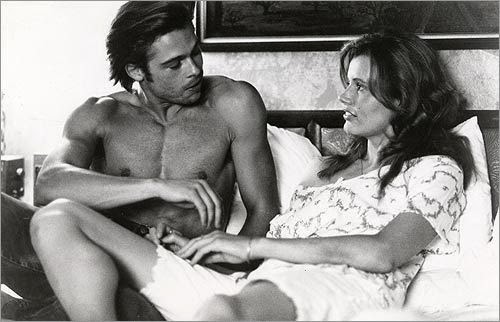 The brilliant political undertones of Thelma and Louise still hold, and when Thelma finally owns her sexuality in the scene with Brad Pitt, not only is she punished, but so is Louise. Now they have nowhere to turn. And here Thelma comes alive. Breaks free. Helps her best friend. Explodes with ideas. Unleashes a person that she had buried years before.

When the film ended with their deciding to drive into the Grand Canyon, I burst into tears. Q be damned. He put his arm around me.

Because I knew, and he knew, this was the only way the movie could end.  They had both tasted freedom and could never return to their old lives. The world was never going to change. So metaphorically they triumph.

Callie says it best: "After all they went through, I didn't want anybody to touch them. They flew away, out of this world and into the mass unconscious."

Though we as writers try very hard to get movies made with strong female protagonists, it's a never ending game of defeat. "Can't she be nicer? Make her more sympathetic. What are you a man hater? It's a good script, but make the lead male. Maybe if it's a woman and a man. Put a wedding at the end and we can make a deal. But two women? And they don't care about marriage? Who is going to watch that? No. We can't get it financed." On and on.

But we don't give up. Because we can't.

This film resonates strongly because there is no other. No movies get made where women take control of their own lives and bodies; particularly when no men are involved. The female heroines now are out of comic books and there is always a love story. Sometimes they are pure sitcom. Better than nothing I suppose, but these films do not inform or leave a lasting impression.

Everyone always points to Bridesmaids. But the underlying theme is -without a  man, women are nothing. Furthermore, they ought to be abandoned like contagion if they speak their mind. Kristen Wiig shines a light on the hypocrisy

but is well, ostracized for this. It's only when she plays by the "rules" she is once again accepted. 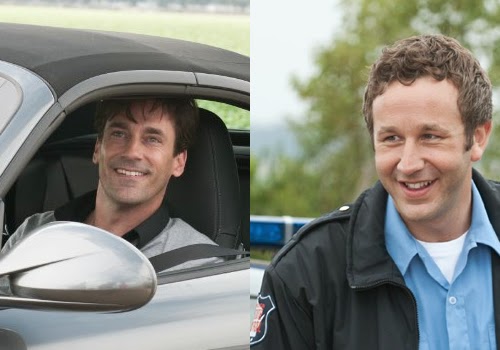 Go with a good cop and you'll be okay and hold back any further impulses to speak your mind. I mean, they gave her a cop? That what she gets for stepping outside the norm. Cage that crazy lady!

Many years, tons of books and lots of theories emerged concerning the feminism backlash. The internet shines a light to further entrench the notion that women with freedom are unhappy, careers give them cancer, they are neglecting their children, they become emotional wrecks, alcoholics and they certainly are not attractive to men.

The backlash whispers into women's ears that they secretly yearn for servitude not power. Those who say otherwise will be shutdown. This is why Thelma and Louise will never be made again.

And this is why we get movies like Bridesmaids, the deceptive Gravity or name your "chickflick" whose soul purpose is the lead's finding the right man before she is "old" but bills itself as pro-female. 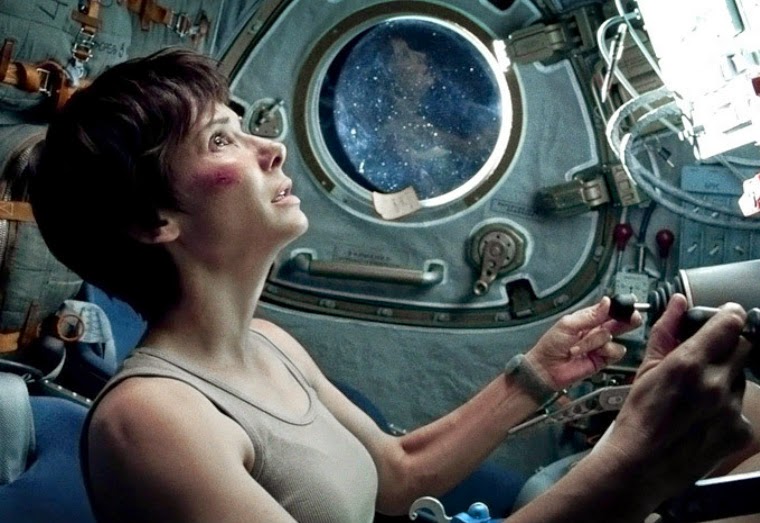 Despite all the efforts women made in the 70's, and there were some very good movies, now it's all perfect skin, leggy blondes, picket fence veneers, sex and popcorn.

And the few good films made by women but rarely get a theatrical release.

Thank god Callie Khouri exists. That we at least  have this in the cinema realm. I see no end in sight in our misogynistic world, despite the many good men that exist. We still need culture to catch up, to change; as Gloria Steinem said, "I wish we didn't have to be nude to be noticed."

Meanwhile, I will keep trying to get my movies made, my stories written and my books published. And direct my daughters to do what they love best; art, reptiles, roller skating, soccer, reading, sewing bohemian outfits and adding to their 30 plus and growing snake collection.

Their father is a great dad, protects them, guides them and provides tools so they can protect themselves. And there are many fathers like him. But not enough.

I rarely go to movies anymore. But when I'm low and can't take an other day of crassly sexist ethos that permeates Hollywood, the corporate world and politics, I pull out my Thelma and Louise DVD for relief.  Even if momentary. After countless viewings, I still burst into tears.

Rhonda Talbot weighing in on Thelma and Louise, sexism, patriarchy, female objectification and the never ending hope this will one day change.

Posted by Rhonda Talbot at 9:53 PM