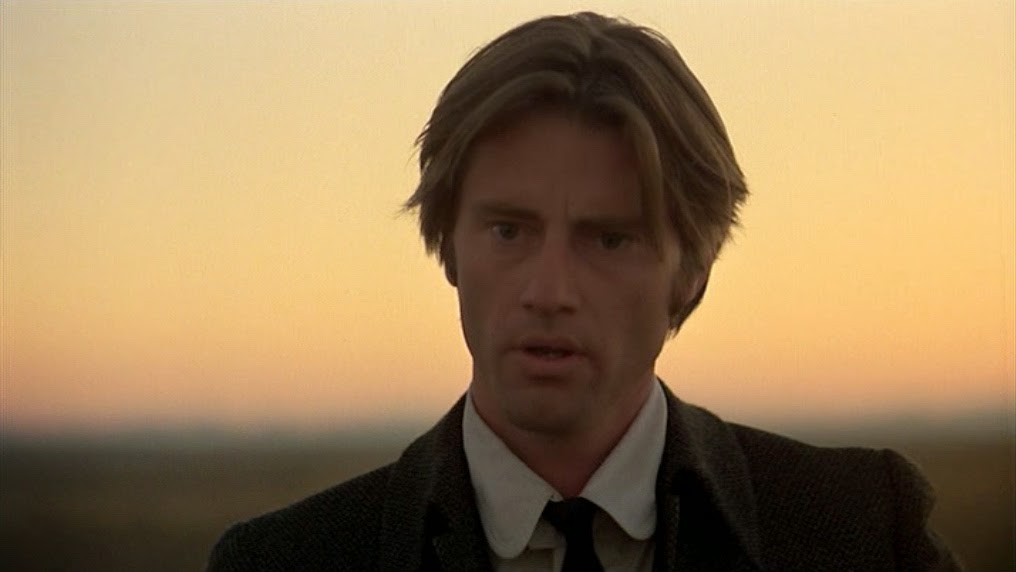 "The California I knew is gone, doesn't exist... little pockets, farm country....fresh produce stands with avocados and date palms. An artichoke for a buck. All wiped out now."

This post is not in any way to make light of our California drought situation. But it's impossible for me to not do the deja vu stumble.  I'm a product of the 1977 Marin County "Emergency" drought, where drastic measures had to be taken or the state would simply burn to the ground.

Jerry Brown was a younger, hipper Governor then. I was living with my mother in Tiburon, she was somehow an interior decorator and I was a kid plotting my move to anywhere else but Marin. For example, every morning, because my mother didn't believe in curtains I was forced to wake by sunlight at approximately 6:00am. 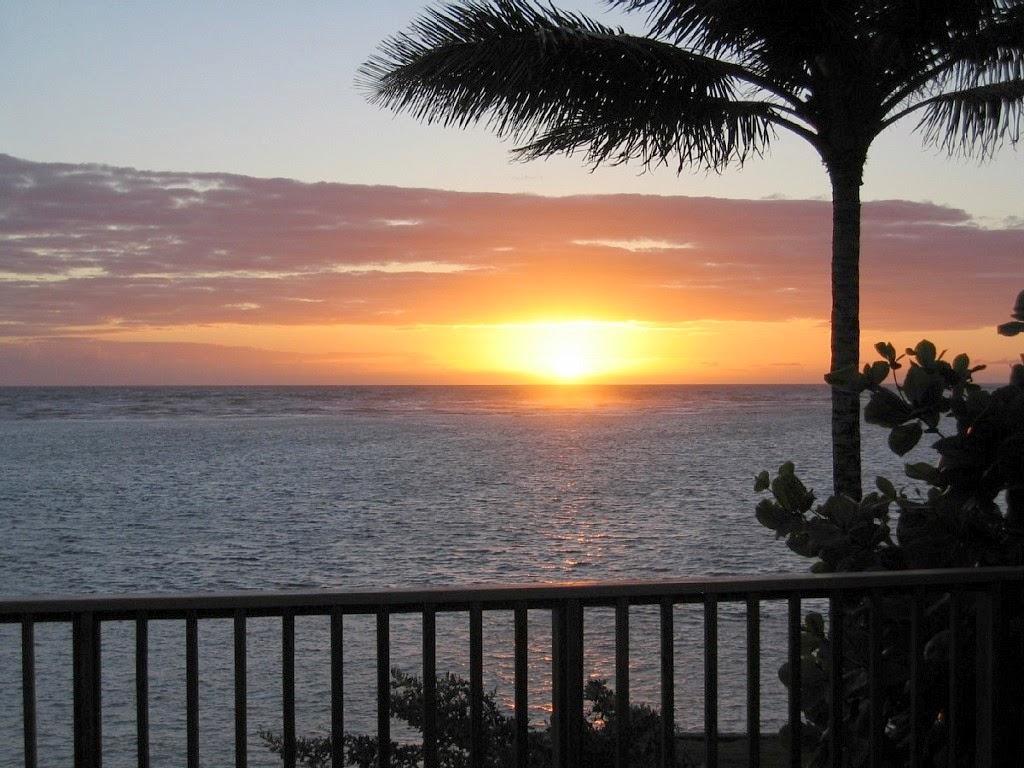 As a pre-teen, I thought this was bullshit. I needed that extra hour before school. Get curtains!

Mom: We are not shutting out the majestic glory we get to momentarily be part of.

She was already drinking coffee and drawing blueprints for some boutique. She never went to design or architectural colleges, so her money-earning ambitions remained a mystery.

Mom:  Honey, get up. The sun is out. Splendor awaits. Take a one minute shower, dash out, leave it running and I'll pop in.

During this time, the new water rules were: basically you couldn't use water. Which meant, you were not suppose to flush the toilet until five uses, one quick shower a week, there was the same 25% cut in water supply... or,

"The Family That Showers Together, Doesn't Go To Jail!"

The slogan might have been, "The Family That Showers Together Stays Together."  That is so perverse, even by the low moral standards of the Mariners, the locals quickly changed it. 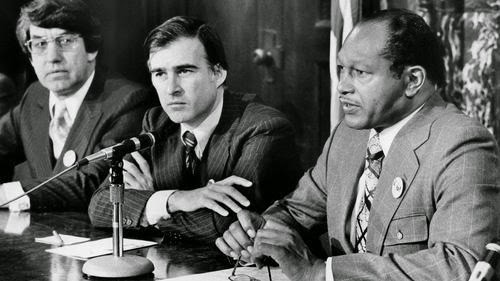 Jerry Brown, 77, mandating the 25% ^ ^ ^ among other restrictions. ^ ^ ^ If you abused your water usage, not only were you fined, but potentially looking at 30 days in the slammer.  My mother took this all very seriously and would sometimes throw a nerf ball at my head if I showered too long. She also had a thing for Brown and a probable hook-up. Back then he was like Ryan Gosling. But in the power seat. 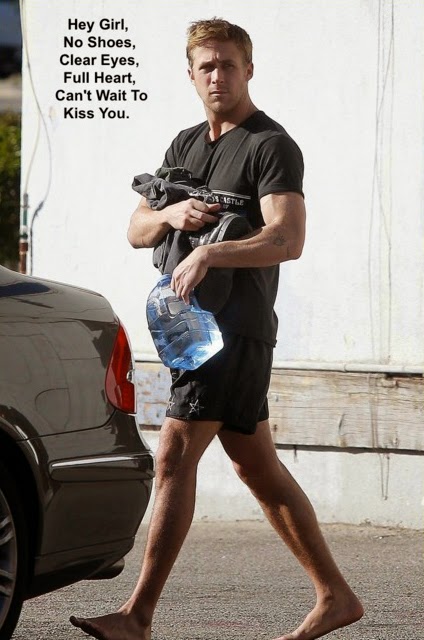 His water ration for the week.

People were concerned about the water, but not that much. Many would wash up in a San Rafael city fountain then go listen to Bonnie Raitt at Sweetwater in Mill Valley.  The older folks just went to bed. 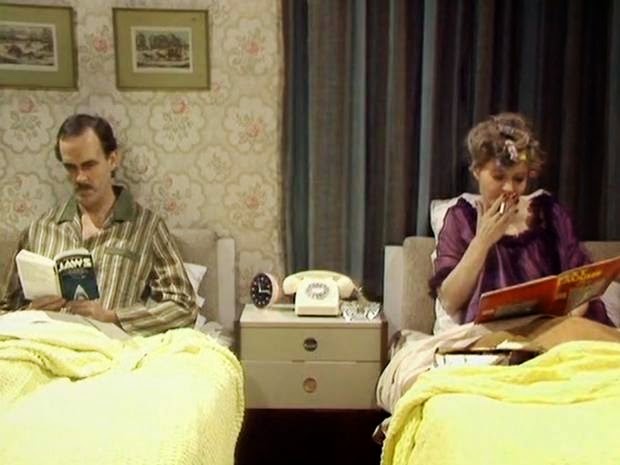 The street signs kept going up, some were rather inappropriate using images from that book The Joy of Sex. Some trying to be clever. 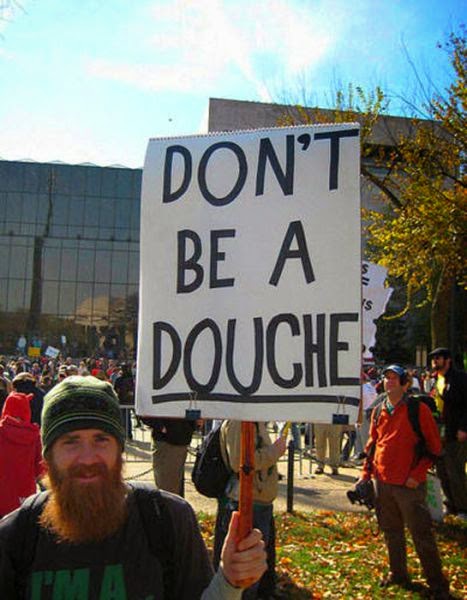 I don't think Jerry Brown sanctioned these signs, but people posted them everywhere, all over Main Street and into other cities.

It appears he's using a similar handbook for our current crisis.  This is not a horrible thing, everyone needs to conserve and shut their fountains down. Over 80% of CA water goes to agriculture, but I suppose every drop helps. Other efforts, however, are mandatory. There needs to be a better long-term solution than short term regulations. Listen up engineers. Be a hero. Everyone get involved. There needs to be more talk about desalination.  Go here. 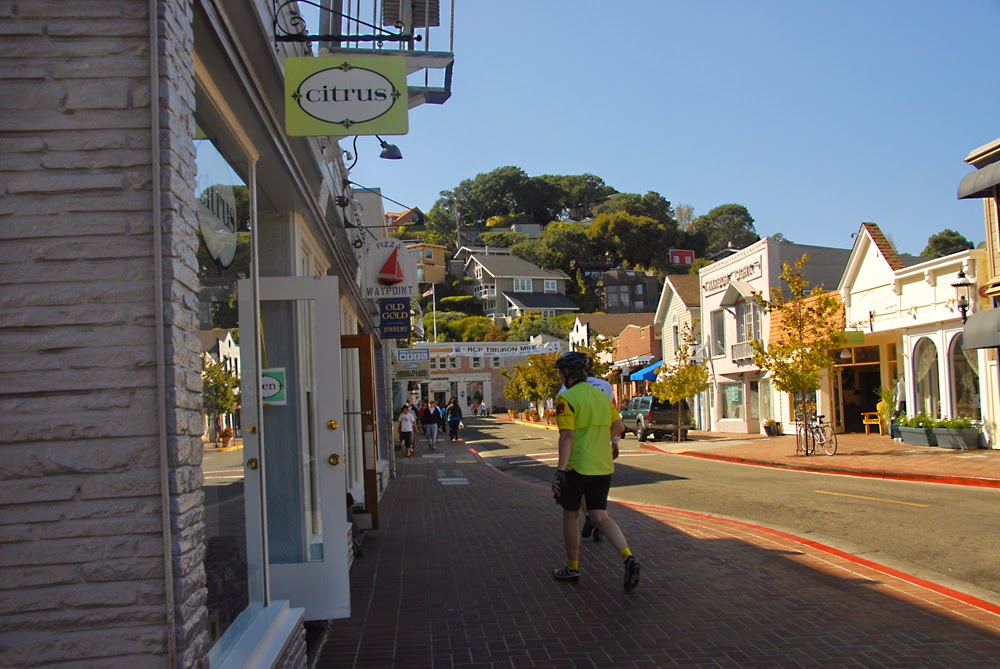 Okay, back to 1977, Main Street sort of looks the same, ^ ^ ^ minus the fancy stores. Incidentally Mom created the interiors of nearly all those shops. Again, a mystery. She went on to become an unlicensed therapist with a decent book of clients.

Mom: It's amazing what people will tell their designers. Now I'm in a position to help them proper and get paid.

Of course no one was going to shower with their family, or not flush their toilets. But to do their part, everyone did carry around flasks of whiskey and sit in hot tubs. We all wanted a hot tub.

The restaurants did not put water on the table, unless you were Sam Shepard, because he's god. And was also a regular at Sam's, the local, well, watering hole.  He was an great guy, and I talked to him often because my mom would drag me there so she didn't have to drink alone. 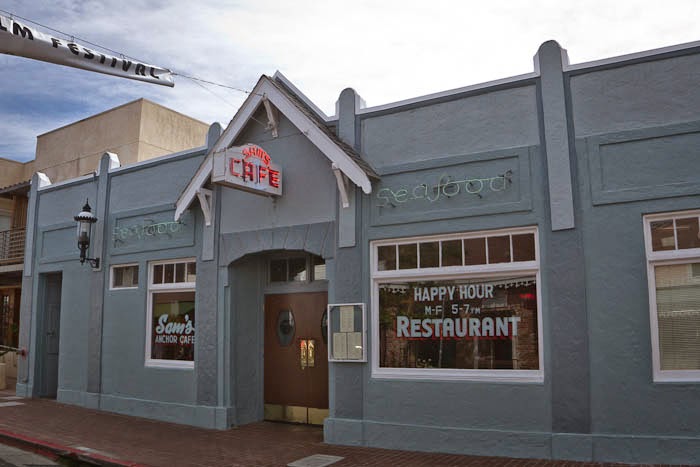 Sam often saw me in a corner doing homework while he was writing Pulitzer winning plays. I didn't know who he was, just another sweet guy at Sam's. I was working on my college essay, yes early, but I was anxious to move on. 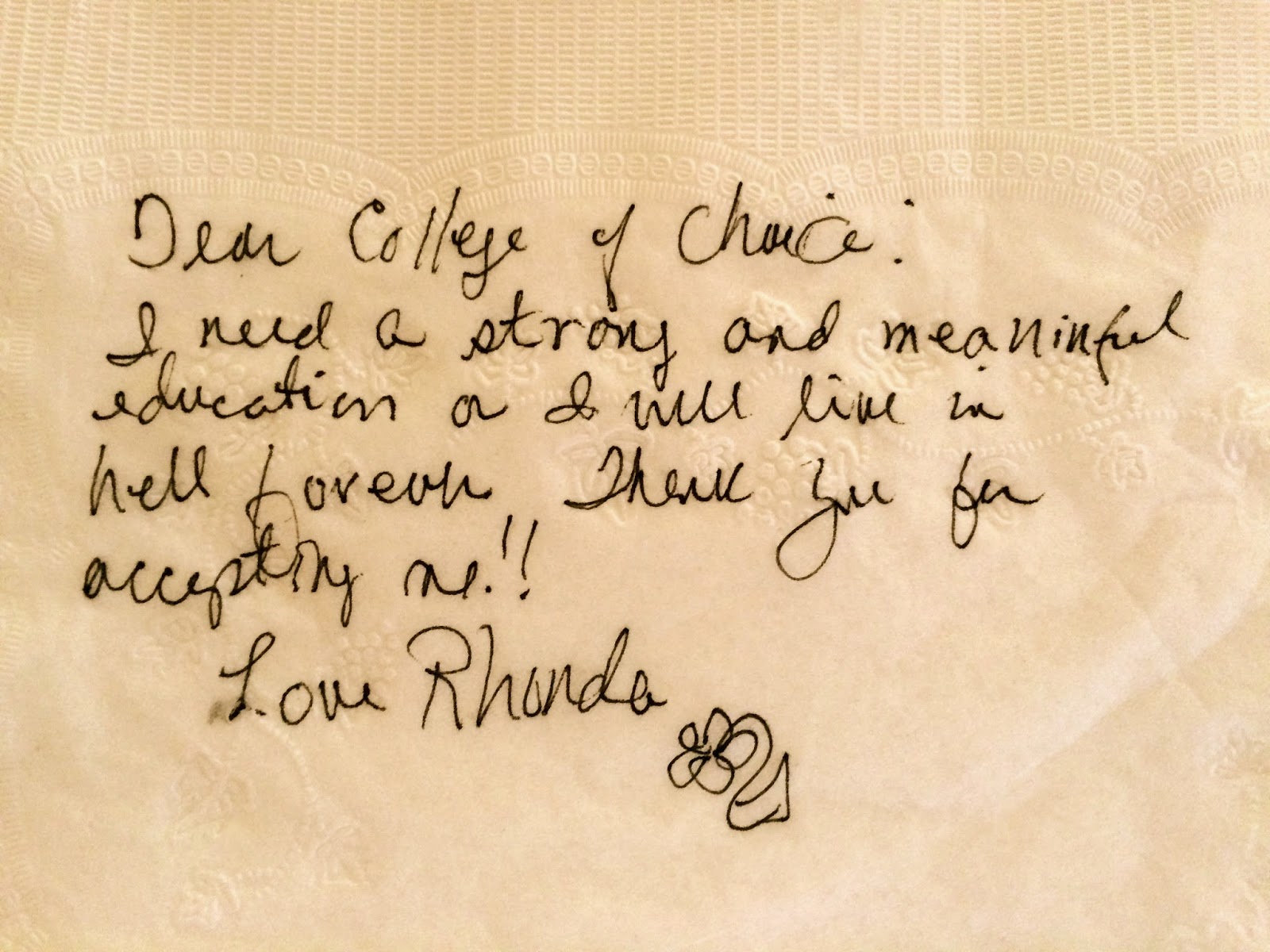 Sam told me I was off to a good start. He told me to figure out what I find curious, then mention in my letter both the subject of curiosity and the professor who would be teaching this to the Freshman. I would eventually do that and not on a napkin.

I would later find out that a very young Sam had a romance with Patti Smith (connection one) and he also has a musician son, Walker, whose band The Down Hill Strugglers, play "down home folk." There is a great scene in The Notebook with Sam Shepard, everyone is dancing to banjo/fiddle music, (connection two.) These connections are the majestic fabric of my life. 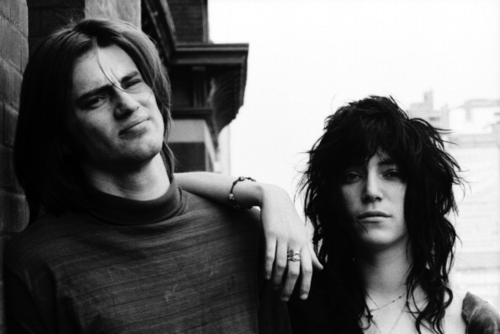 As a "teeny-bopper" I was curious why there was a water shortage at all given we were surrounded by so much. 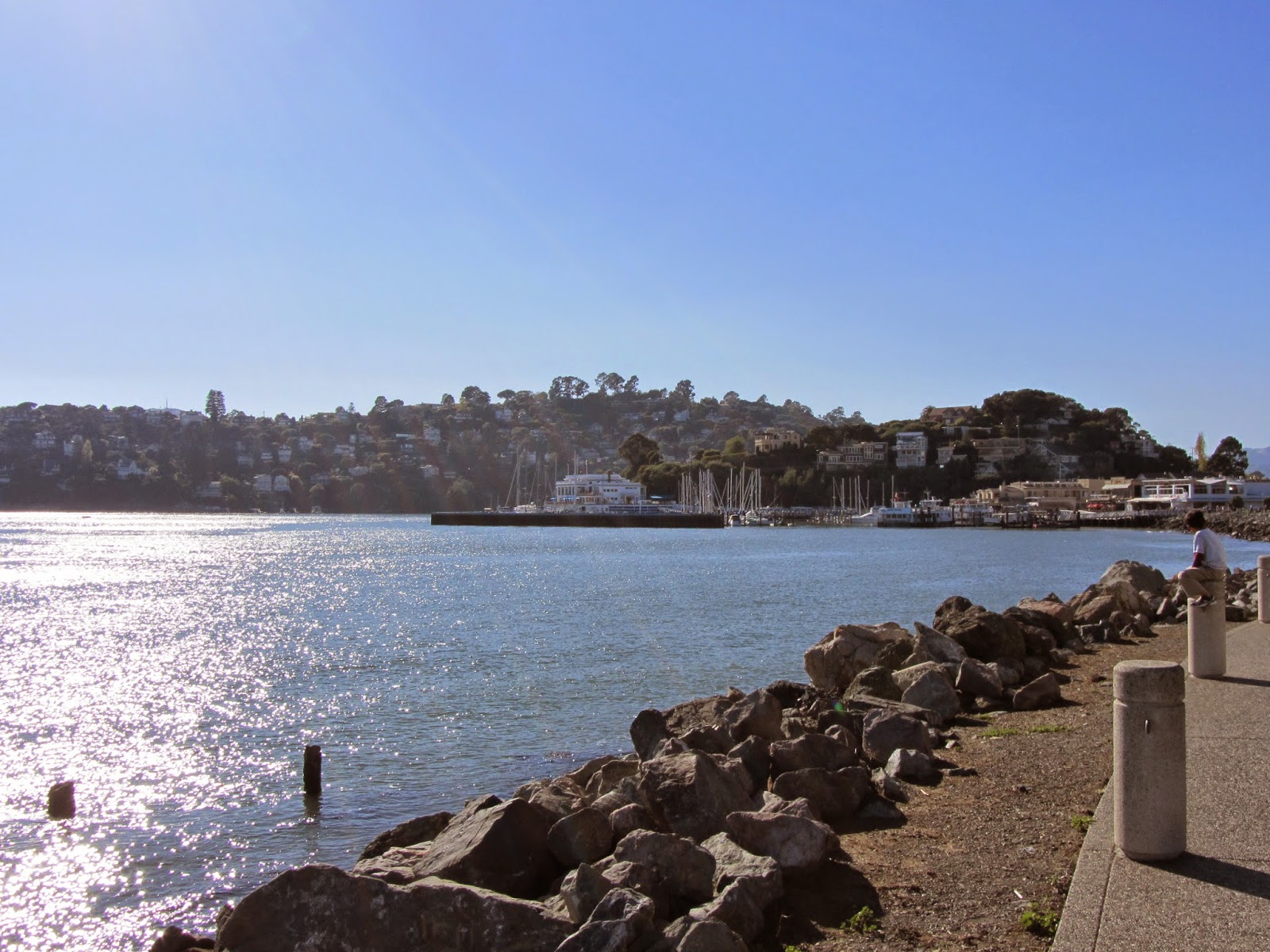 My mother explained the difference between salt and tap then offered she preferred wine, so she wasn't part of the problem anyway. All of our ferns had long died from neglect. We were winning.

Year later, here I am all grown up, explaining to my kids why we are installing drought resistant grass, but the kids seem to be armed with knowledge because I get yelled at the most.

"Turn off the faucet, Mom!"

When I tell my kids why there are no decent oranges or lemons, I sound exactly like my mother back in Tiburon. There have been subsequent droughts but I didn't have kids then. Somehow the impact isn't felt as much. Because well, pasta, laundry, long-haired twin girls.

If it gets to that point, of "The Family That Showers Together Doesn't Go to Jail!" just get yourself a hot tub.  Like these fellas.