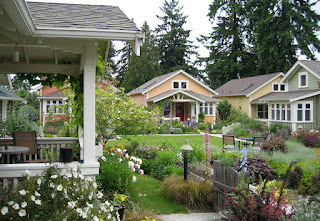 Living in this little paradise could be an option. ^ ^ ^ ^


I've sadly neglected my blog, for apparently over a year, though it does not seem like a year. Mainly because years pass by like days. I've decided to see what's what.

I have a morning routine where I write in a journal, sometimes dozens of pages, most of it meaningless to anyone but me, but somehow that combined with writing for money that never arrives, I've left poor Trifecta in the dust.

Speaking of dust, I loathe the weather in SoCal. I woke up with grit in my throat. Embers from wildfires that are flaring up all around the city - five in total. The reason there are so many has to do with a deadly combination of California's wettest winter in more than a decade; and the intense summer heat, basically burning up what grew during the rain. 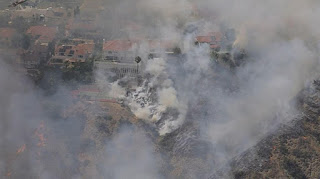 This is not too far away, Burbank. I walked out at 6am to get the Times, the sky was thick with yellow smoke. I've seen this many times, I've had to evacuated my home a few times, but somehow this year seems the worst. There is a correlation between the extreme heat rising in SoCal with my extreme dislike for living here. I'm not alone. My friends and I constantly discuss how we are all leaving, together even, to go find some piece of land, preferably near the water, maybe outside the US, but not too far from shopping outlets (heh...Jamie) A commune. With big trees, some deer. With a dozen or so English cottages, a community garden full of exotic lettuce, carrots, cucumbers, okay, a mixed salad, right in the center. Maybe a goat to milk and some chickens. 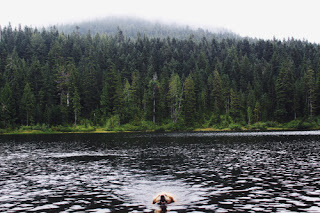 Just behind this lovely setting is the ocean, clean and breezy. Dolphins pass by, we all have wind chimes. Maybe that dog.

Until we all get there, I dream of ice caves. 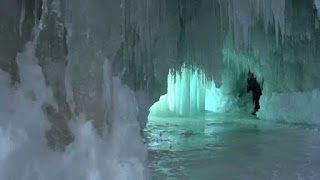 This is Northern MI, not too far from where I grew up. Couldn't wait to get out. To come to California. At age 14, that seemed like a great plan. Now, I see this journey as two polar opposites, fire and ice.

Meanwhile, I'm running with what I got and fixing it along the way.

UPDATE:  OMG, so I found out this mind fantasy is a real place, called pocket neighborhoods. This particular place is in WA, not too far from Puget Sound where my mother is from and lived and I've probably seen, so this now makes sense. Crazy. Click on neighborhood link above. Now it's very real. It's on baby.

Posted by Rhonda Talbot at 9:29 AM