Women Have More Power Than They Know 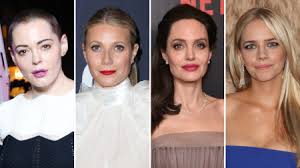 Women in Film put out a statement today on the Weinstein catastrophe. As I was writing this I checked to see what the victim count was. Thus far over 25. From Rose McGowan to Asia Argento to Rosanna Arquette. << link My little rant here is on this statement. Lots of good ideas but how to implement?
While it's a very fine statement, exactly how do we get men, male colleagues, to become our allies and speak out when they witness any discrimination of any kind? This is certainly a wake-up call for many, but the town is run by men and until women make an incredibly bold move, not much will change. The men run the boardrooms, hold the keys, have all the money and power.

But there are a lot of extremely powerful women with deep pockets that could certainly create companies that promote strong female leadership. Women that would sit on the board. Women that would finance the movies and hold the similar keys.

In a patriarchal world that goes back to the beginning of time, time then is what it will take to keep pushing the boulder up the mountain. Except that's the wrong metaphor and needs to be changed. Sisyphus was never meant to succeed. Women are not under some ancient curse. They can pull that rock and foist it over the top; they can do it together and the men/allies that help will only benefit.
Am I, are we, reaching for the stars? Sometimes it seems that way. Speaking of stars:
What if female A-listers stopped starring in or producing tentpole movies, money that lines the pockets of various unsavory characters?
What is powerful female executives and financiers stepped back until there was some visible change?
I believe women have more power than they know. More than half the movie audience is female. Take women out of movies, and good luck with half an audience, a movie audience that is already rapidly shrinking.
According to Hollywood Reporter, these are the most powerful people 2017. A handful of women. But a good handful. So MEN on this list, are any ready to make changes? To be stand up guys? To think about the 52% of women that go to see your films?
The only thing this industry, like many industries, understands is money.

Mess with it, take it away, threaten the bottom line, and men will suddenly pay attention. Maybe then men will start speaking out, stepping up, and stopping any assaults they see, witness or hear about. Maybe then industry leaders will follow through on the mentioned excellent mandates.
I also don't believe these male colleagues have to have sisters or daughters in order to be motivated to to step up. Men don't need a daughter, sister, cousin, aunt to know what sexual assault is.
Harassment is never acceptable. Women have the right to a safe work environment. Let's hope this did begin to turn the tide. But certainly HE is not the only one. He may be the most vile. But it's the entire entertainment environment and it's sordid history of abuse that he has given a very public face to. A despicable human I can only compare to one other, the one the leads the nation.
Also why can't there be a YELP/Rate My-- for bosses and companies. There are in other industries. At the very least people would know some of what others carry around as secrets. Currency. This town uses secrets and gossip is bargaining power. Rather than on hidden boards inside Hollywood, put that business on a public forum. People might think twice before taking certain actions, knowing they may be outed. 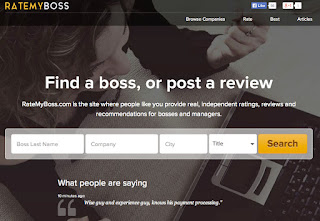 **makes decent films. A bully. A predator. Stay away. Not worth it.

WIF statement:
Women In Film encourages women to continue speaking up about sexual harassment, which is an all-too-common form of discrimination. That so many people, particularly other men in power, knew about Harvey Weinstein’s behavior and didn’t say anything is an indication of how deeply entrenched discrimination is in the film & TV business — and in culture overall.
We are hearing more and more shocking accounts from women affected by Harvey Weinstein’s behavior; women emboldened to finally speak up because others have before them.  We will likely hear about other men in the entertainment industry who have harassed women, because the problem is far more widespread than people have been willing to discuss publicly.


In order to do something to end sexual harassment, we must require industry leaders to: (1) mandate gender inclusive boards and decision making groups (2) mandate inclusive hiring practices from the top down, from executives to support staff. Ensuring that there are more women in positions of power will change the culture and result in decreased sexual harassment and discrimination overall (3) mandate that lasting legal penalties be applied without compromise, bias or settlement, and these penalties be enforced for those found guilty and complicit in these crimes of discrimination. The bottom line is that no one should be held to different standards; regardless of their power, money or fame.
Women need allies. We need our male colleagues – who have mothers, sisters, daughters and friends – to step up and speak out now and whenever they are witness to discrimination of any kind.